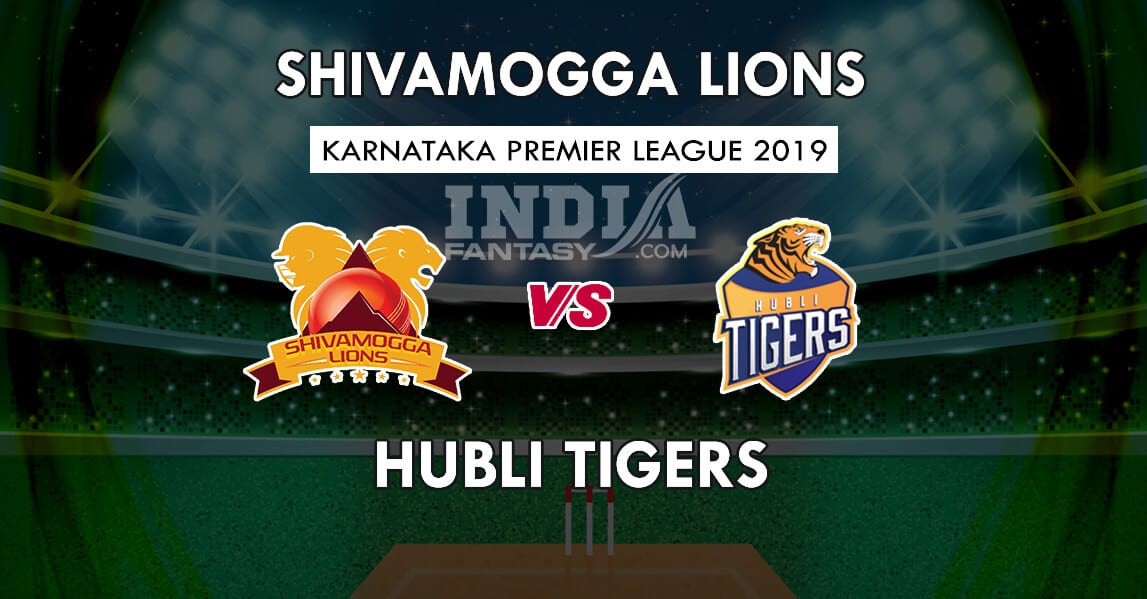 It is time for the Eliminator of Karnataka Premier League 2019 which will be played between Shivamogga Lions and Hubli Tigers at the Srikantadatta Narasimha Raja Wadiyar Ground in Mysore.

Both Hubli Tigers and Shivamogga Lions finished with equal points i.e. 6, the only thing which separated their position on the points table was the difference of net run-rate which helped Tigers finish at the third position, while the Lions finished fourth.

After defeating Bengaluru Blasters in the last game by 7 wickets, the Tigers will be looking to carry forward the win they got from that win.

Batting and bowling performing in tandem.

Disclaimer: Management can take late decisions depending on the match situation. The fantasy teams which we have provided here of SL vs HT Dream11 is best of our interest and depending on the credit scores of the players.