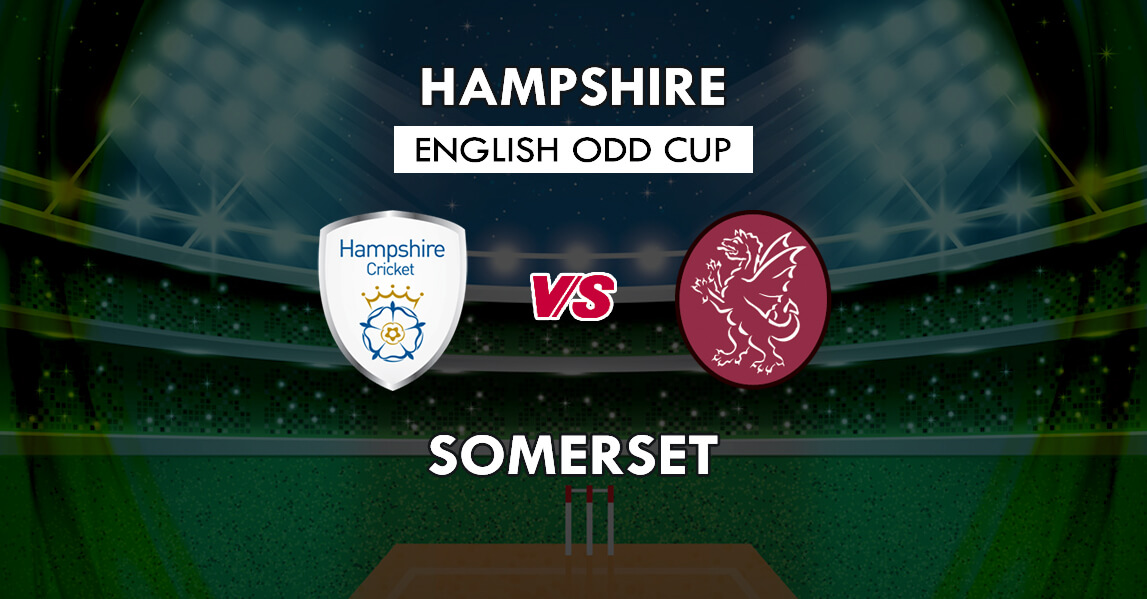 South Group table-toppers Hampshire host Somerset in their final league fixture of Royal London One-Day Cup seeking to extend their lead at the top. Hampshire come into the game after two back-to-back wins against Middlesex and Glamorgan. After seven rounds, they have won five while one game was abandoned due to rain.

Somerset, sitting at fourth on the points table, are out of contention of making to the quarter-final. With nothing to lose in their last fixture, Somerset would look to put a strong performance to finish their campaign on a high.

Read on for HAM vs SOM Dream11 Team News and Hampshire vs Somerset playing11.

Speaking of the HAM vs SOM Playing 11, here’s how the two sides can line-up.

Note: This HAM vs SOM Dream11 prediction is based on news sourced from various sources. We suggest you pick your playing 11 from the squad listed above basis Hampshire vs Somerset team news.

Note: Kindly revisit before the deadline to get the final update of the Hampshire vs Somerset Dream11 Prediction. Also, hit the bell icon on the bottom right side of your screen to get all the latest Dream11 prediction updates.