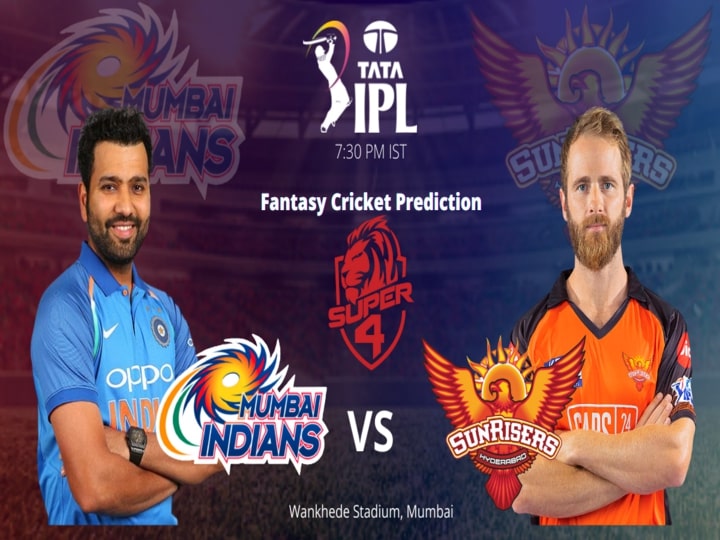 Mumbai Indians will be going against Sunrisers Hyderabad in the 65th match of Tata IPL 2022. The game will be played at Wankhede Stadium in Mumbai on 17th May. Live telecast will be available on Star Sports Network and Disney+Hotstar at 7:30 pm IST. It will be both the team’s first encounter this season.

The 65th match of IPL 2022 will be played at Wankhede Stadium in Mumbai. The stadium is known for its shorter boundaries. The pitch is quite batsman-friendly and guides the batsman to the shot. Though the common dew factor restricts batsmen, to play with their full potential.

The average temperature during the game is expected to be around 31 degrees celsius. Humidity will be 71%, and the wind speed will be approximately 16 to 19 km per hour. There is little to no chance of precipitation.