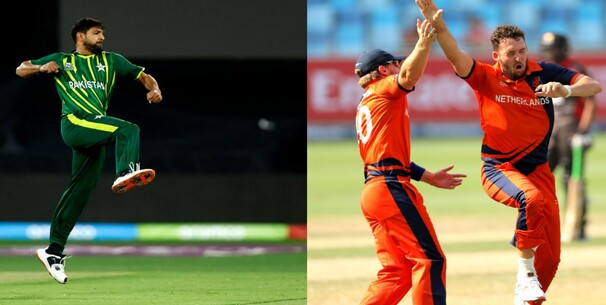 PAK vs NZ Dream11 Team: Pakistan will look to shrug off their shocking loss to Zimbabwe at Perth when they take on New Zealand at the same venue in match no 29 of ICC T20 World Cup 2022. Both teams need a win under their belt as both teams have yet to win a game in the Super 12 stage. Pakistan and Netherlands are the two bottom placed sides in Super 12 Group 2, and they would be looking for nothing less than a win on Sunday. Who will be the top 5 fantasy picks in this game? Let’s discuss.

The Pakistan keeper has scored 18 runs from two innings in this World Cup. Rizwan is the no 1 ranked batter in ICC T20I rankings and despite of his lackluster form, he still remains one of the lynchpins in the batting unit.

Shan Masood is the only shining light for Pakistan in this World Cup with the bat. He scored a fifty in the opening game against India and followed it up with a crucial 44 against Zimbabwe. He could be a reliable bet for C or VC in fantasy teams.

Haris Rauf has been the pick of the bowlers so far for Pakistan in the two matches. Haris doesn’t take the new ball but the way he skids the ball makes it tough for the batters to hit on the line. Haris Rauf will be a good C & VC choice in this match.

All-rounder Bas de Leede is one of the most important picks from the Netherlands. His ability to bowl his quota of overs along with the batting skills makes him a must-have pick in fantasy teams.

The right-arm pacer has been in a good rhythm in this World Cup. He has been bowling really well with the new ball and has been quite fruitful in the backend of the innings as well.

An ardent sports enthusiast who likes to write in such a manner so that the readers could relate themselves and feel the passion of the game.
Previous ArticleIRE Playing 11 for Australia vs Ireland T20 World Cup 2022; Top Picks, Fantasy Cricket Tips For AUS vs IRE Dream11 Team Prediction
Next ArticleMR-W vs SS-W Dream11 Prediction, Playing 11, Top Picks, Fantasy Cricket Tips for WBBL 2022 Melbourne Renegades Women vs Sydney Sixers Women for Dream11 Team for Today’s Match