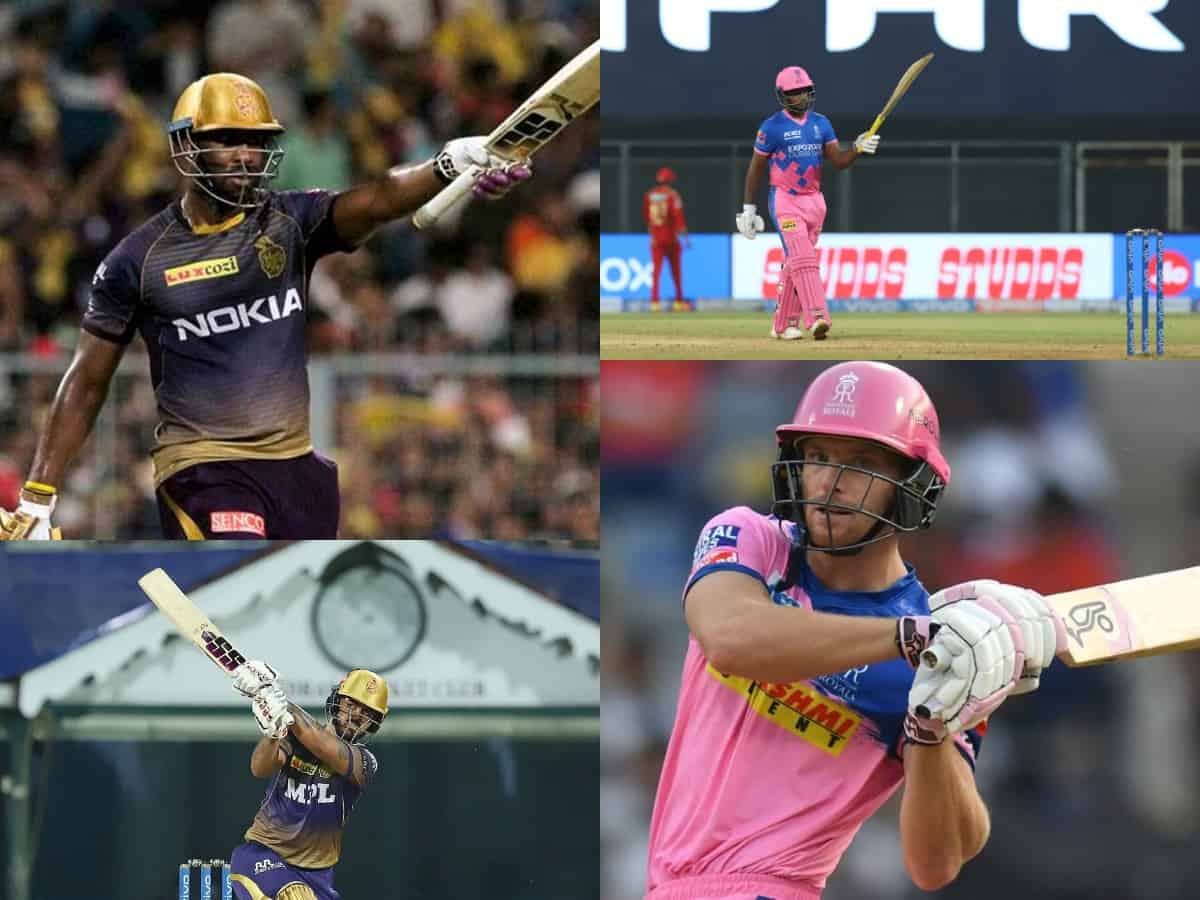 RR vs KKR IPL 2021: It is time for another exciting battle in this 14th edition of the Indian Premier League (IPL) as the Rajasthan Royals (RR) are all geared up to face the Kolkata Knight Riders (KKR) at the Wankhede Stadium in Mumbai in April 24. Both Rajasthan Royals and Kolkata are coming into this game after facing losses in their previous outings against Bangalore and Chennai respectively. It will now be really important for both these teams to come back to winning ways in this crucial phase of IPL 2021. There will be many exciting players in action in this RR vs KKR mouth-watering clash.

Kolkata Knight Riders’ opening batsman Nitish Rana looked in a fabulous form in the first two games this season. Rana smashed a match-winning knock of 80 runs off 56 balls that included 9 fours and 4 sixes against Sunrisers Hyderabad. He also scored an excellent half-century against Mumbai Indians in the second match for KKR in the ongoing edition of the IPL. Nitish Rana is currently the leading run-getter for KKR this season and thus, he will be a key player to watch out for against Rajasthan Royals.

Kolkata Knight Riders’ big-hitting all-rounder Andre Russell finally unveiled his power-hitting prowess in the last game against Chennai Super Kings. Russell looked in a terrific touch in the previous match during his brilliant knock of 54 runs off only 22 balls that consisted of 6 sixes and 3 fours. He also picked up a magnificent five-wicket haul against Mumbai Indians and smashed 31 runs off 20 balls against RCB. Therefore, Russell will be a key performer for KKR in this match both with the bat and ball.

Rajasthan Royals captain Sanju Samson led his side from the front in the first match against Punjab Kings on a belter of a Wankhede wicket. Amidst losing wickets at regular intervals, Samson batted like a lone warrior for his team and played an extraordinary knock of 119 runs off just 63 balls that comprised of 12 fours and 7 sixes. However, the right hander has struggled to dictate the terms in the last few matches but he will be aiming to get back into form for this important game against KKR. Samson has scored 334 runs in the last 14 innings against KKR in the IPL.

Although, Rajasthan Royals’ swashbuckling batsman Jos Buttler hasn’t been in the best of forms with the bat in this ongoing edition of the IPL, but he will be eager to play an impactful innings in this match. Buttler played a fine knock of 49 runs off 35 balls that included 5 fours and 2 sixes in the previous match on the same venue. England’s wicket-keeper batsman notched up 328 runs in 13 matches in the previous edition of the IPL in the UAE. Buttler has also smashed more than 300 runs in the last 3 editions of the tournament. 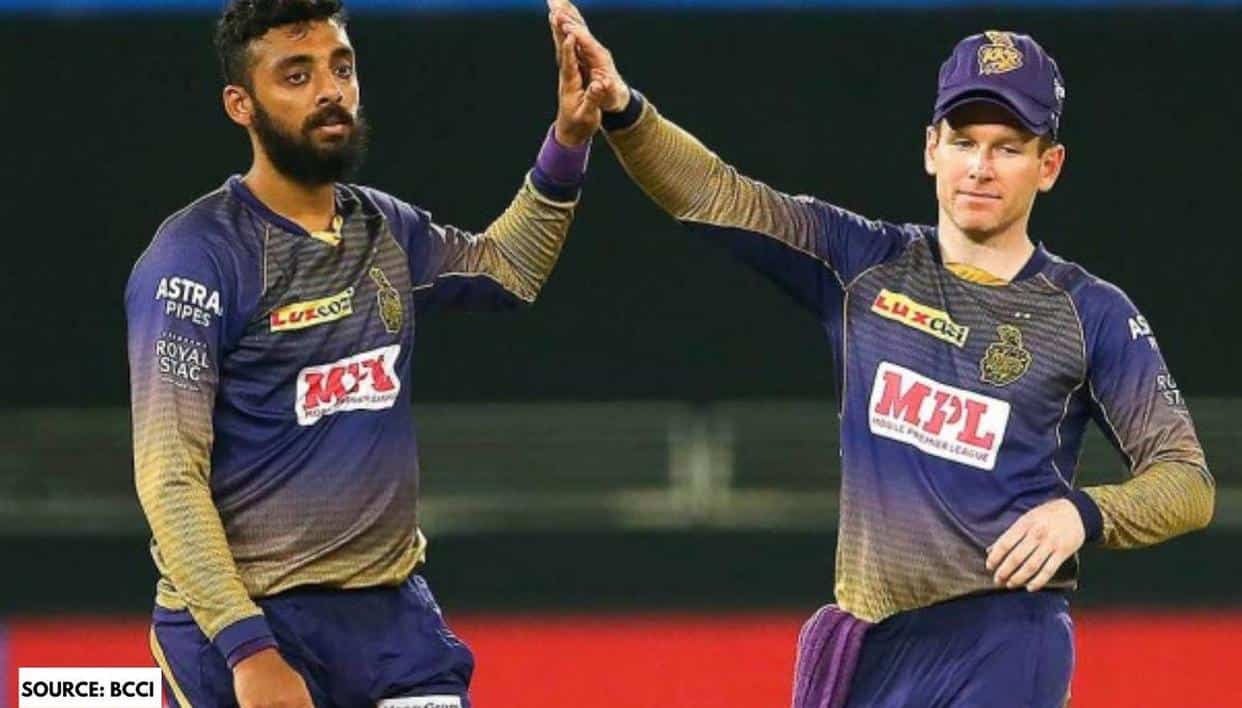 Even though, the Kolkata Knight Riders have won just a single game this season but their mystery bowler Varun Chakravarthy has bowled excellently well so far. Chakravarthy picked up two important wickets of Virat Kohli and Rajat Patidar in the game against Royal Challengers Bangalore. In 4 matches this season, he has scalped four wickets at an impressive economy of 8.06. Chakravarthy also picked up a total of 17 wickets in the previous season at an economy of 6.84.

This will be Kolkata Knight Riders’ last game of the season in Mumbai and then they will take a flight to Ahmedabad for their next four league games. KKR suffered two losses and registered a single win during their Chennai-leg of games. On the other hand, Rajasthan Royals have won just a single game in Mumbai in this edition having loss 3 matches and this will be their last game at the Wankhede Stadium as they will then move to Delhi for their next four games.

The 18th match of the IPL 2021 season between Rajasthan Royals and the Kolkata Knight Riders will take place at the Wankhede Stadium in Mumbai on April 24. The first ball of the match will be bowled at 7:30 PM IST. The mouth-watering RR vs KKR clash will be streaming live on the Star Sports Network and Disney+ Hotstar app.

A cricket maniac who lives his life like a T20 match, time is short so make the most of it. Always thriving to learn more about cricket writing and obviously being an Indian, a big cricket expert.
Previous ArticleCRC vs INV Dream11 Tips for ECS T10 Cricketer CC vs Indian Vienna Today Match Prediction 24 April
Next ArticleRR vs KKR IPL 2021: 3 Potential Game-Changer In Rajasthan Royals vs Kolkata Knight Riders Dream11 Grand League, April 24