SIN vs NOR Dream11 Match Prediction | Who Will Win Today Match

Northern Warriors would look to consolidate their position at the top of Group B points table when they meet struggling Sindhis on Tuesday night in a T10 league tie.

The Warriors lost their opening fixture of the competition to Bengal Tigers. However, they bounced back with twin wins to catapult to the top spot in their group. With three league games to go, they would look to collect at least a couple of wins.

Sindhis, on the other hand, have been on the receiving end on more than one occasion in the tournament. They would be looking for a turnaround since there is still plenty of hope with three league matches remaining.

SIN vs NOR Team News

SIN vs NOR Playing 11

Here’s how the two sides may lineup for Sindhis vs Northern Warriors T10 League match.

SIN vs NOR Squads

SIN vs NOR Dream11 Team

Shane Watson (121 runs at SR of 208) is the leading run-getter of Sindhis after three round of games.

Praveen Tambe has been exceptional with the ball, claiming 6 wickets in two outings.

Nicholas Pooran (153 runs at SR of 268.42) has smashed everything that has come his way. Fellow Caribbean Lendl Simmons (96 runs in 3 outings) has been the other outstanding batsman from the side.

Hardus Viljoen and Ravi Bopara have picked 4+ wickets for the side so far. 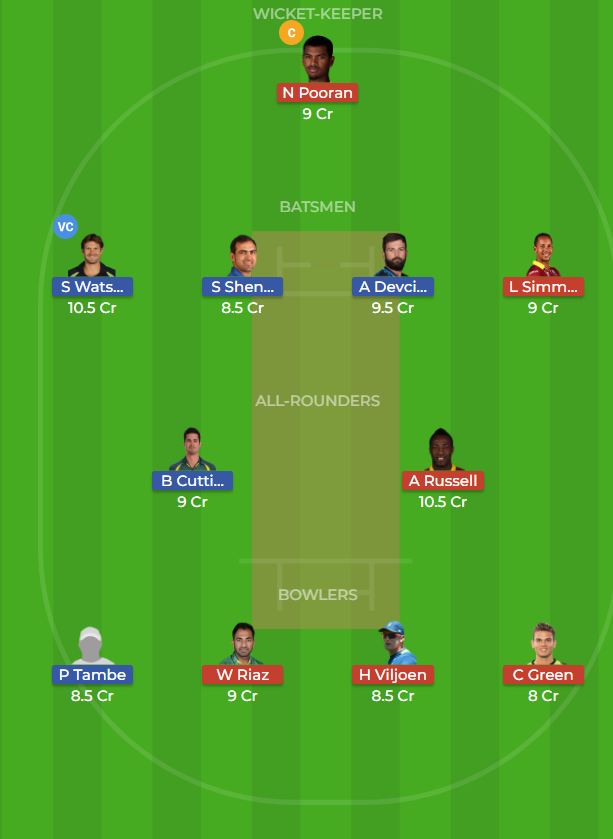