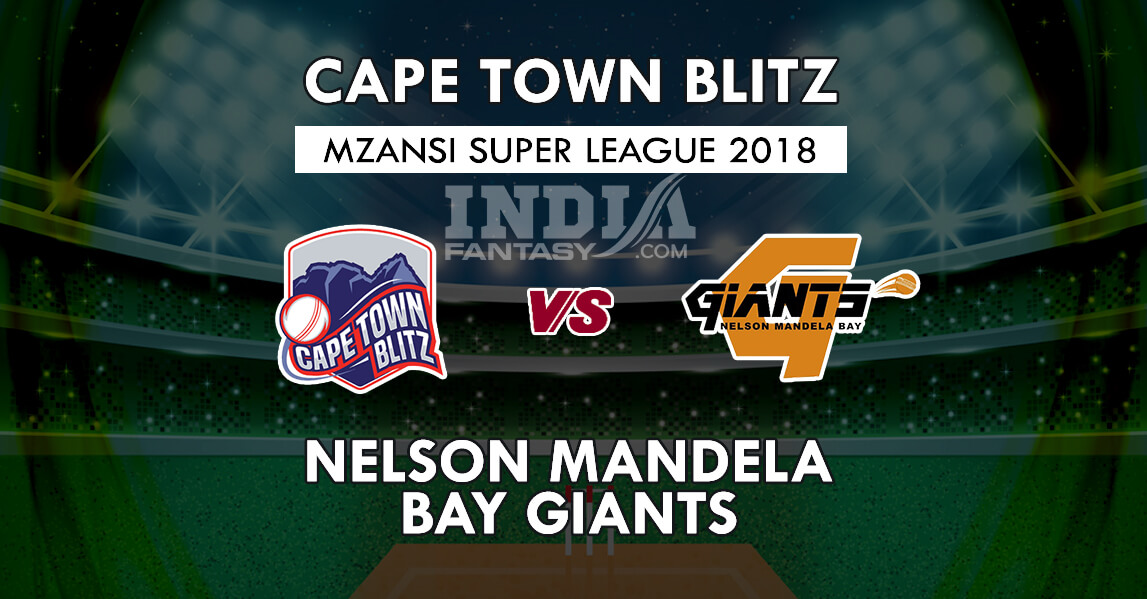 It is the clash of the titans in Mzansi Super League on Tuesday as top-two sides – Nelson Mandela Bay Giants and Cape Town Blitz – lock horns against each other.

Cape Town Blitz lead the Mzansi Super League 2018 points table with four wins after five completed games. Having suffered first loss in the last outing, against Paarl Rocks (Nov 25), Cape Town Blitz would want to return to winning ways here and consolidate their position at the top of the ladder.

It all ends in handshakes what a great outing for the fans and great result for @Paarl_Rocks handing @CT_Blitz their first defeat.

FAST. FUN. FOR ALL. pic.twitter.com/UeKX9ievx4

Nelson Mandela Bay Giants, on the other hand, are not too far from the table toppers. After four fixtures, they have won three and lost one. They would want to inch closer to the top looking for their third win on the bounce.

There is no update on the availability of Anrich Nortje yet.

Janneman Malan is the only batsman from the side with more than 200 runs in the tournament.

Anrich Nortje, Dale Steyn and George Linde have all been exceptional with the ball.

Only Ben Duckett has scored more than 100 runs for the side in the tournament.

Chris Morris and Ryan McLaren have been the best bowlers of the lot.

There is no update on the availability of Anrich Nortje yet. 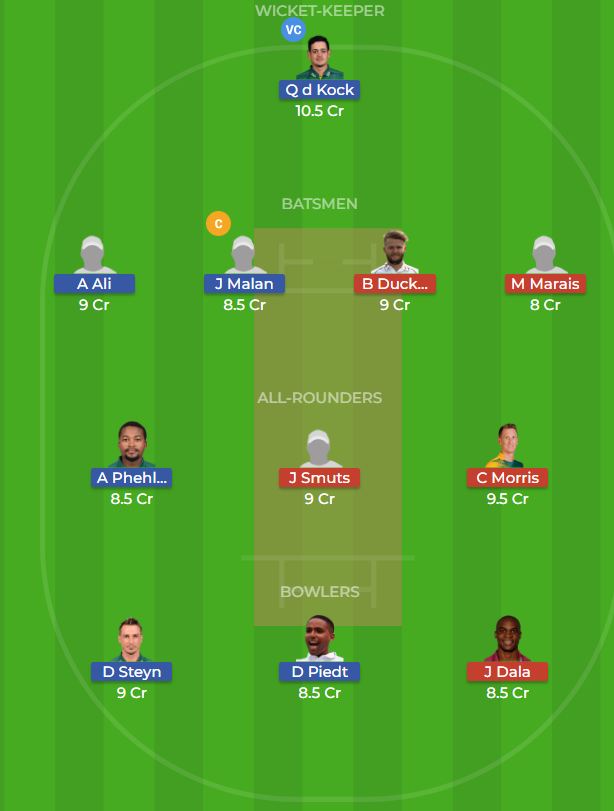