Thailand Women opened the campaign with a match against the Netherlands Women which was played at Arbroath, whereas the Namibia Women collided against the Irish lass t kick-off their ICC Women T20 World Cup Qualifier campaign.

Openers N Chantam and N Chaiwai remained unbeaten on 44 and 26 in the last game.

N Boochatham is another key batter in the side as she has amassed 353 runs form 25 T20I innings. She has also taken 43 wickets in T20I which is the most for any Thailand Women bowler.

C Sutthiruang bowled magnificently in the last game as she took 3 wickets for 5 runs from 2 overs.

A van der Merwe the opening batter has amassed 472 runs in 19 innings.

Skipper Yasmeen Khan has 308 runs to her name from 18 innings.

P Enright was the top scorer in the last game with 20 runs to her name.

S Shihepo has 22 scalps to her name with best figures of 3 wickets for just 6 runs. 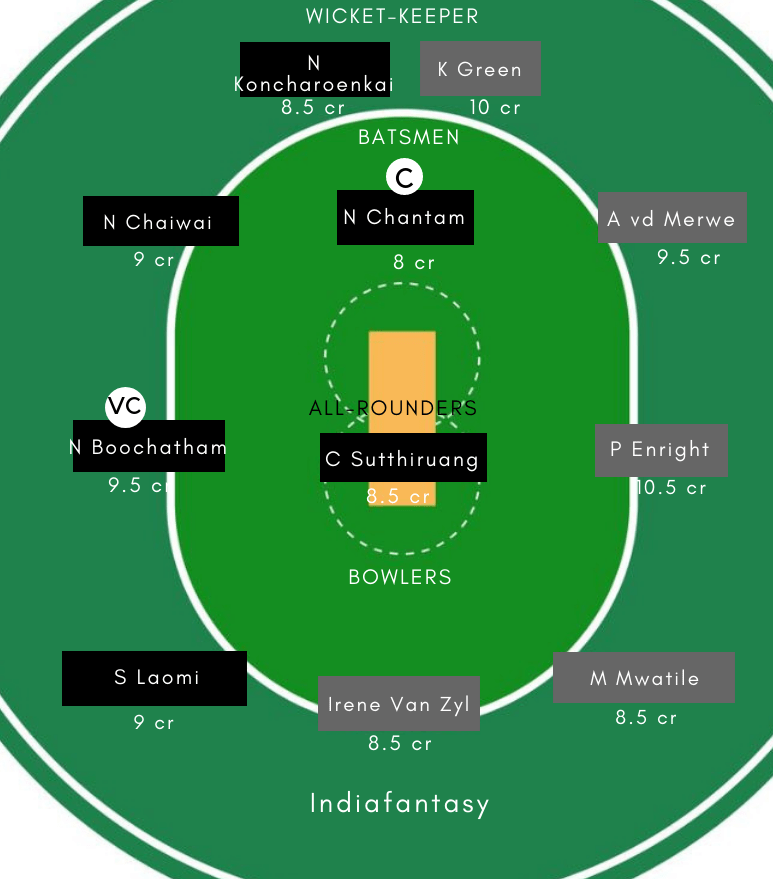 Disclaimer: Management can take late decisions depending on the match situation. The fantasy teams which we have provided here of TL-W vs NAM-W Dream11 is best of our interest and depending on the credit scores of the players.