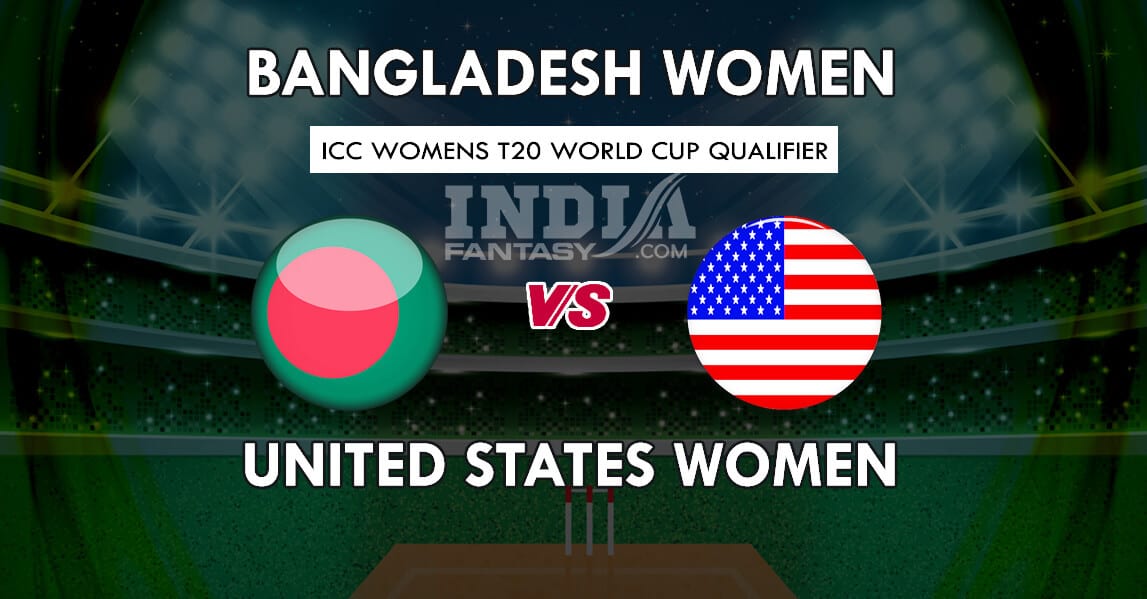 The 8th and final match of the day will be played between Bangladesh Women and the USA Women at Arbroath in Scotland. This would be the second match of the competition for both these sides.

This would be only the fourth T20I for the USA Women who are quite new in this format of the game. On the other hand, their opponent does have the firepower to go deep into tournaments like this and would be eyeing a win here against a fairly amateur side.

In the warm-up match against the Netherlands women, she remained unbeaten on 24. Sanjida Islam has scored 272 runs from 37 T20I innings.

Skipper Sindhu Sriharsa has 90 runs from 4 T20I innings to her name.

Erica Rendler is second on the list for most runs for USA women with 64 from 4 innings.

C Beckford has 6 scalps to her name, whereas, Lisa Ramjit has scalped 5 from 4 matches. Disclaimer: Management can take late decisions depending on the match situation. The fantasy teams which we have provided here of BD-W vs USA-W Dream11 is best of our interest and depending on the credit scores of the players.