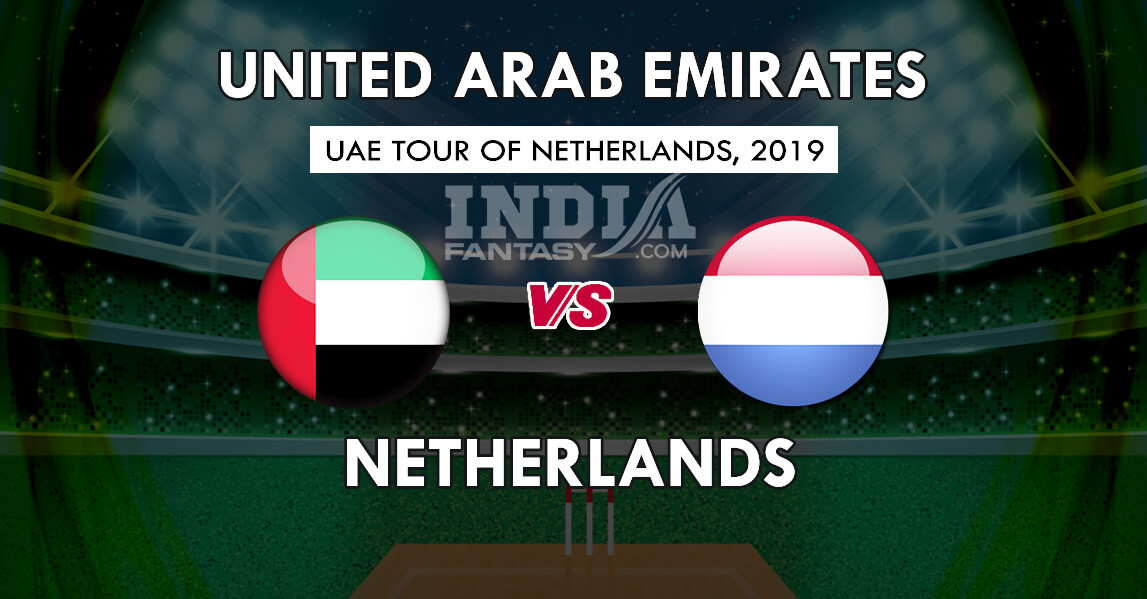 The fourth and final T20I between the Netherlands and UAE will be played at Sportpark Westvliet, The Hague in the evening. The visitors have already sealed the series with three straight wins and will look to clean-sweep the Netherlands with another win.

Opting to field first after winning the toss, the hosts restricted UAE for 152/8 in the first innings.  Ashfaq Ahmed scored a fifty for the visitors while Sebastiaan Braat was the pick of the bowler for the Netherlands, returning for 3-26 in his four overs spell.

Coming to chase, the Netherlands managed 138-9 and fell short by 14 runs, despite Max O Dowd’s 65 of 54 deliveries. Rohan Mustafa was the key for UAE finishing for 3-30 in four overs.

This is what we call Pure Team Effort. Congratulations to the team and the whole management of @EmiratesCricket for the series win against @KNCBcricket. Well Played 👏 pic.twitter.com/zQKWVRdAjA

With 135 runs in 3 innings, Ashfaq Ahmedis the leading run-scorer for the side. He averages 45.00 in the series and has scored two fifties

Rohan Mustafa is the key bowler. In three matches, he has picked 8 scalps 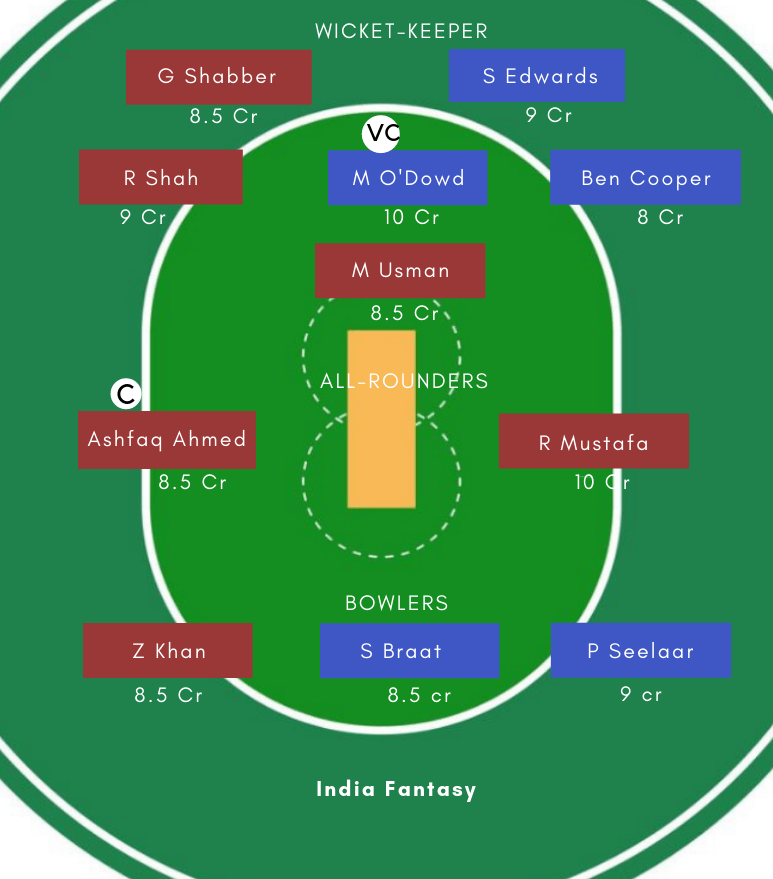 A 90's born who has witnessed Sachin becoming "The God", Dhoni becoming "The only Captain to have won all the ICC trophies" and Kohli turning into a "run-machine". Cricket is something I am crazy for and I try to deliver the best and true I can in my every writing.
Previous ArticleIND vs WI Dream11 Match Prediction | West Indies vs India 1st ODI , Fantasy News, Playing 11
Next ArticleVK vs BRW Dream11 Match Prediction | Canada T20 2019 | Squads, Fantasy Team News, Playing11