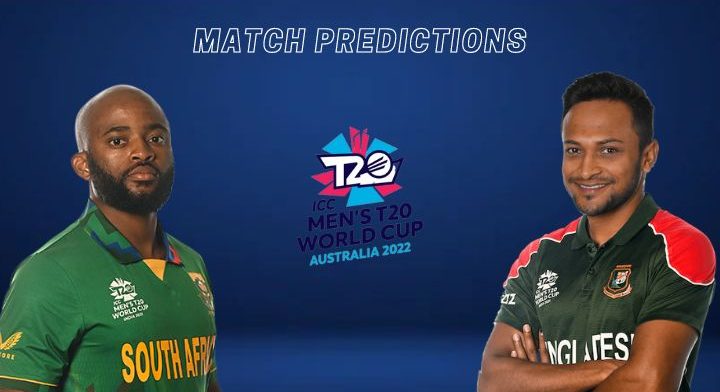 SA vs BAN Today Match Prediction: Match 22 of the ICC T20 World Cup 2022, will see a clash between South Africa and Bangladesh. South Africa was robbed of a victory against Zimbabwe in their last encounter due to rain. This has put their chances of qualifying for the semis in a bit of a dilemma. Hence they would be dying to win all their remaining matches. Bangladesh on the other hand started off their T20 World Cup 2022 campaign on a high after defeating the Netherlands in their first match. But things won’t be that easy against this strong South African side. With the match scheduled to be held in a batting paradise in Sydney, Bangladesh have a difficult task at hand. Will they be able to turn up for the Protea challenge? Let’s find out.

De Kock is a beast when it comes to the shortest format of the game. He almost took South Africa over the line against Zimbabwe in the last match before rain played the spoilsport. He enjoys batting on flat tracks and would definitely like the looks of Sydney pitch. Hence is expected to have a good T20 World Cup.

Nortje could rattle this Bangladeshi batting unit with his pure pace. He has been in fine form lately and is one of their leading pacers along with Rabada.