Derby County and Bristol City both will be looking for their 2nd win of the 2019-20 Championship season.

The Championship match will be played between Derby County and Bristol City at iPro Stadium, in Derby, England. The ground has a capacity of 33,597.
The game will start at 12:15 AM (IST), on Tuesday, August 21.

Martyn Waghorn: The 29-year-old scored twice in the last game against Stoke City, including a 70th-minute match-saving penalty.

He is the main man for Derby County and more often than not, he delivers.

Florian Jozefzoon: Was in and out of the team last season due to an injury, but he is fit now and is an integral part of the team.

The 28-year-old Dutchman can be devastating on the right-wing, with his pace and dribbling certainly his assets.

Tom Lawrence: The versatile Welshman is a talented player who can set the tempo of the game with his passing. The 25-year-old has added goals to his repertoire as well.

Benik Afobe: Stoke City’s £12 signing has arrived at Bristol City on a season-long loan. And the 26-year-old is feeling at home already, as quoted by him after the match against Queens Park Rangers.

An old school striker who loves to play on the shoulder of the defenders, and good in the air. With his confidence back, he can help Bristol to mount a serious challenge for the promotion.

Andreas Weimann: The former Aston Villa star is a fan favorite at Bristol City. His overall influence on the team is in both the direction, with his pressing and an added advantage. 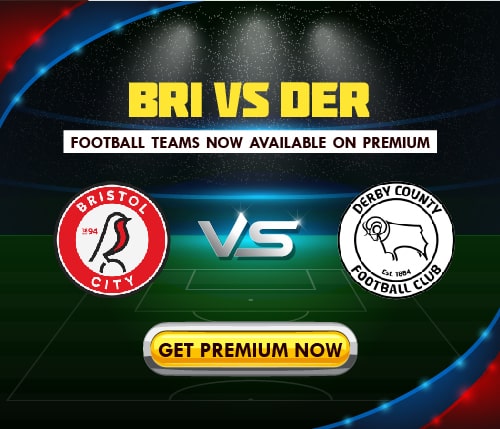 Being the hosts, Derby County will start the match as slight favorites.