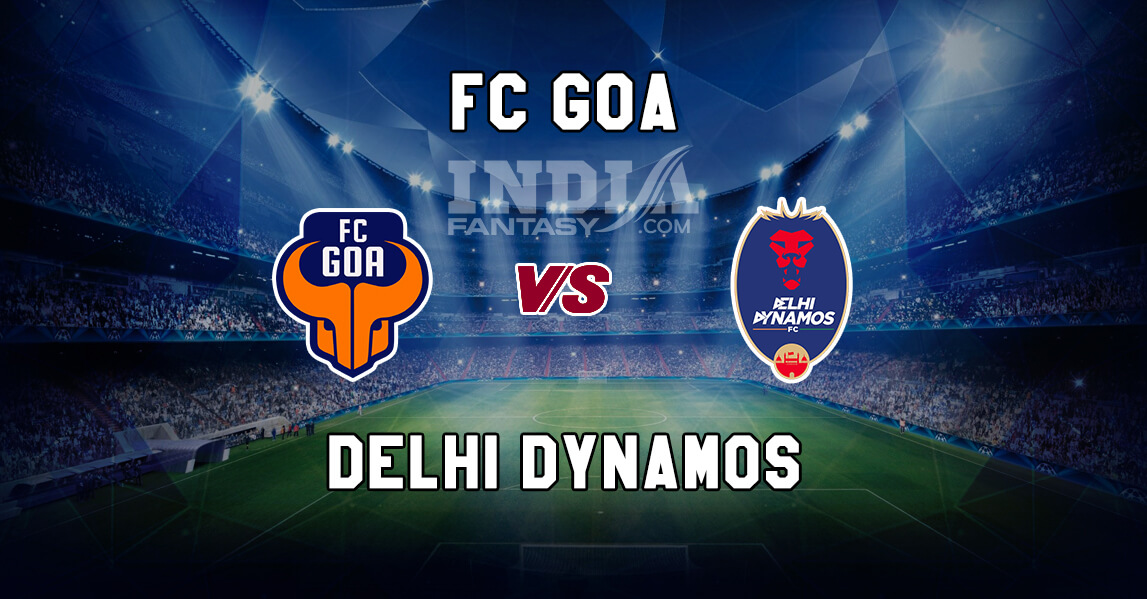 FC Goa:
Goa’s unbeaten start to the new campaign ended in a most brutal fashion. For all the attacking talent that Jamshedpur FC have and their equally good home record, nobody saw a 4-1 hammering coming for the Gaurs. To some extent, even this big scoreline flattered the visitors and the final outcome could have been little more marauding had the Men of Steel converted half of their shots.

However, despite that result, there is no denying that the last season’s semi-finalists have had a good season so far and they are still one of the top teams in ISL this season.

Delhi Dynamos:
Delhi Dynamos, on the other hand, are still searching for their first win of the season. With just one point from the first seven games, they are 9th in the table, two points ahead of Pune City who have a game in hand.

But the Dynamos at least picked up a good result in the last game after fighting it out for a 2-2 draw in the last match against Jamshedpur. That game really was a great advent for ISL and also showed that Josep Gombau’s men can compete with any team in this league.

FC Goa:
Injured – FC Goa are almost at full strength for this match.
Suspended – None. Ferran Corominas will be returning to the squad after serving his one game suspension in the last match.
Questionable – None.
Note: FC Goa may make some changes after losing 4-1 in the last match.
Key Players – Boumous, Corominas

Delhi Dynamos:
Injured – None as of now.
Suspended – None
Questionable – None in this department.
Note: Delhi should name the same playing 11 which took on Jamshedpur in the last match.
Key Players – Chhangte, Lahlimpua

INDIA FANTASY PREDICTION:
Both the teams have had a completely different campaign so far. Goa are in the reckoning for a playoff position while Delhi are reeling at the foot of the table.
However, Dynamos picked up a brilliant result in the last match while Goa are coming into this match after getting dismantled by Jamshedpur FC.
Still, Goa shouldn’t take the last result too seriously while Delhi have all the reasons to look for the positives.
We are going for a Goa win in this match.

THIS FCG vs DDFC Dream11 MATCH PREVIEW IS BASED ON OUR RESEARCH AND UNDERSTANDING FROM VARIOUS NEWS SOURCES. YOU CAN SELECT YOUR OWN PLAYING 11 ON THE BASIS OF TEAM NEWS AND ALL THE OTHER INFORMATION REQUIRED FROM THIS WEBSITE. USING OUR TEAMS IN ANY CONTEST WILL INCREASE THE PROBABILITY OF HAVING THE SAME EXACT TEAM WITH OTHER USERS CAN LEAD TO THE WINNINGS SPLIT.