Three teams are level on 9 points in Group H, with a better goal difference separating France from 2nd placed Turkey and Iceland in 3rd place.

It’s an important game for the reigning world champions as even a draw, which is highly unlikely though, could level them at 3rd if Turkey and Iceland both win their respective games.

For Albania, qualification to the Euro 2020 was always a far-fetched goal, as the likes of France, Turkey and Iceland have too much talent for the rest of the teams in Group H.

That said, anything can happen on the football field, a bad tackle in a dangerous position and a momentary loss of focus can hurt any team.

The European Qualifiers match will be played between France and Albania at Stade de France, in Paris, France. The ground has a capacity of 81,338.
The game will start at 12:15 AM (IST), on Sunday, September 08.

Albania squad for the next two Euro 2020 qualifying matches against France and Iceland: 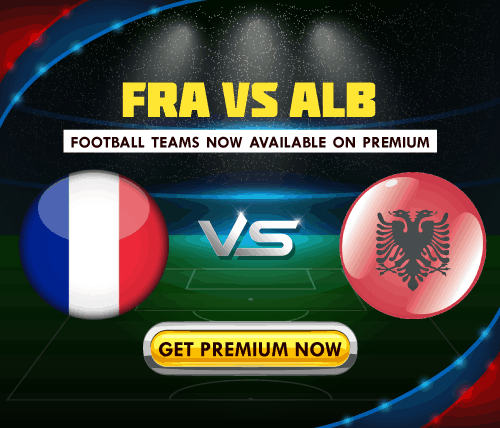 FRA vs ALB Dream11 potential winner:
France are the clear favorite to win this game.