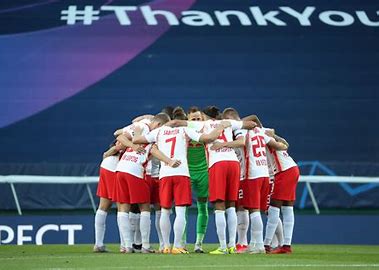 The hosts are fifth in the standings, just one point behind fourth-placed Freiburg. All they can do to secure a UEFA Champions League spot is to secure wins in their two remaining games and hope Freiburg slip up.

They faced an exit from the semi-finals of the Europa League on Friday at the hands of Rangers, which was a second consecutive 3-1 loss for the club across all competitions. They also faced defeat by the same scoreline against Borussia Dortmund on Tuesday.

Augsburg just need to pick up a point from their last two games to retain their top-flight status. Even if they suffer a defeat here, they can pick up at least a point against last-placed Furth next week.

You can catch the live streaming of the game on Jio TV and on Voot.

Leipzig have won 4 of the last 5 fixtures with one game ending in a draw.

Gulasci needs one more clean sheet to reach double figures and this game is a good chance for him to do that.

Gvardiol has 2 goals and 2 assists playing as a wing-back from the left. He also has 89 interceptions to his name.

Oxford has been great for Augsburg this season completing a century of interceptions.

Nkunku is continuing his brilliant season, scoring yet another goal in the previous goal taking his tally to 18 for the season.

Caligiuri is back for Augsburg and will look to get back to scoring goals for his team. He has 3 goals.

Neiderlechner hasn’t had the best season but has equalled his tally for last season. He will look to add more to his tally of 5 goals.

Though Nkunku has been scoring all the goals, Silva too has been giving his contribution scoring 10 goals this season.

The odds in favour of RB Leipzig Win 2/1

The odds in favour of Augsburg Win 11/2