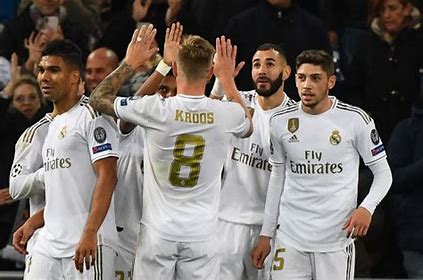 ATM vs RM Dream11: Spanish football features one of its biggest La Liga fixtures this weekend as Atletico Madrid lock horns with Carlo Ancelotti’s Real Madrid side in a Madrid Derby at the Estadio Wanda Metropolitano on Sunday.

Los Colchoneros suffered a stunning 2-0 defeat at the hands of Athletic Bilbao in their previous game and will need to work hard to bounce back this weekend.

Real Madrid, on the other hand, have already defended their La Liga crown and have grown in stature under Carlo Ancelotti. Los Blancos pulled off a brilliant comeback against Manchester City in the UEFA Champions League and will be confident ahead of this fixture.

You can catch the action live on Jio TV and on Voot.

Real have won 3 games while 2 games have ended in a draw.

Courtois made some great saves to help Real reach the Champions League Final. He will look to keep a clean sheet here.

Carvajal has provided 3 assists this season but has done exceptionally in defence 21 tackles won on the right side.

Lodi is back in the starting line up and will look to threaten Real in an advanced position.

After scoring a brace in the Semi final, Rodrygo will look positive to score another in the Madrid Derby.

Carrasco has faded after a brilliant start. He hasn’t scored in the last 4 games for Atletico and will look to change that in this game.

Benzema has been phenomenal this season scoring 26 goals. He will look to reach the 30-goal mark.

The veteran has crossed the 10-goal mark this season and looks as sharp as ever.

The odds in favour of Atletico Madrid Win 10/11

The odds in favour of Real Madrid Win 13/5