MX U23 vs JP U23 Dream11 Prediction: It’s a rematch from the group stage when Mexico and Japan meet Friday afternoon in the men’s soccer bronze-medal match at the 2020 Tokyo Olympics. Both teams battled to 0-0 draws in the semifinals, with Mexico losing to Brazil in a shootout, while Japan fell to Spain on a 115th-minute goal.

Japan and Mexico face off in the bronze medal match after both suffered heartbreak in the semi-finals, Japan losing to a goal five minutes from the end of extra time, whilst Mexico were defeated in a penalty shootout following a tense 0-0 draw. After securing a 100% record in the group stage, Japan have since failed to score in both of their knockout fixtures and may well deploy a more attacking playstyle here. Mexico meanwhile, have accrued 14 goals across the tournament so far despite drawing a blank vs Brazil and will be expected to rediscover their scoring touch here.

Where to watch Mexico vs Japan Olympics Men Live Score and Live Stream?  Live streaming in India on Sony LIV and Jio TV.

Injury Report and Unavailability: Mexico will be without Getafe striker Jose Juan Macias, who withdrew from the squad due to an injury.

Injury Report and Unavailability: No injury or suspension issue for them in this clash.

Expected changes and Strategy: Takehiro Tomiyasu returns from his suspension and the Bologna star might slot right into the starting XI, with Ko Itakura dropping to the bench. 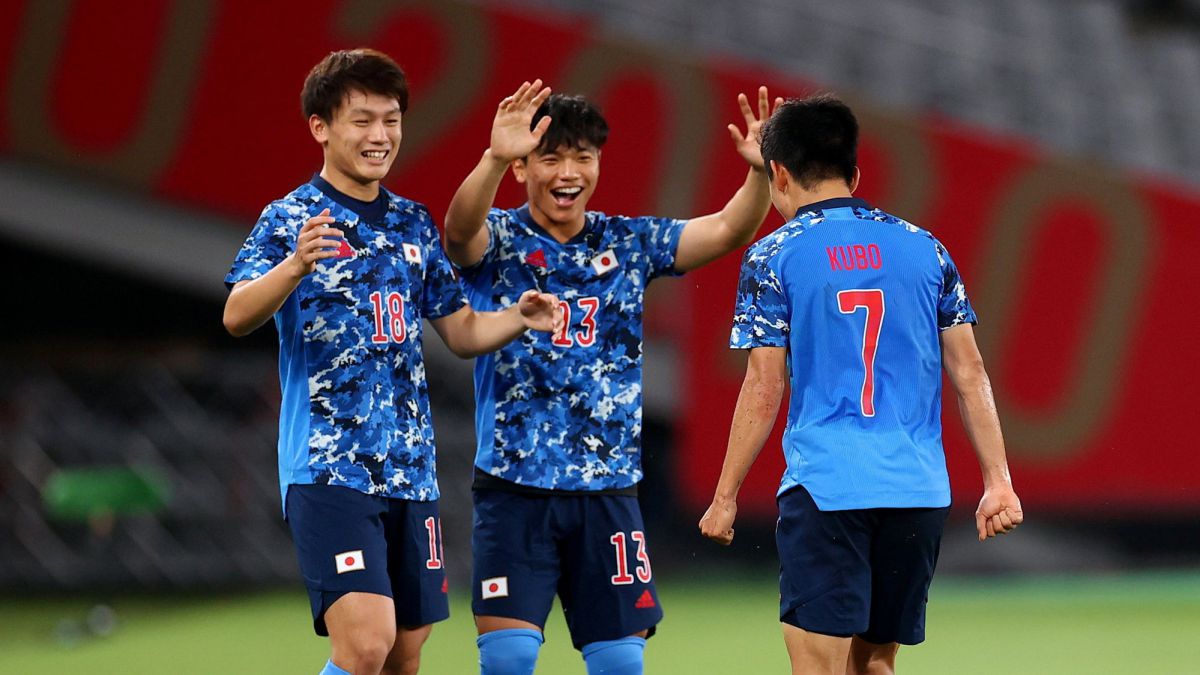 Henry Martin: Martin has 3 goals and a total of 11 shots on goals. This results in a goal conversion rate of 31.05%. He had a total of 6 big chances. He has a total of 2 assist, 3 key passes and he created a total of 8 chances.

Takefusa Kubo: Kubo has 3 goals and a total of 12 shots on goals. This results in a goal conversion rate of 29.87%. He had a total of 3 big chances. He has a total of 0 assists, 5 key passes and he created a total of 4 chances.

Sebastian Cordova: Cordova has 3 goals and a total of 14 shots on goals. This results in a goal conversion rate of 27.48%. He had a total of 4 big chances. He has a total of 1 assists, 4 key passes and he created a total of 4 chances.

Japan’s home advantage could be crucial while the return of Tomiyasu will be a huge boost. However, the Mexico side have more experience in games like these and we’re predicting a narrow win and bronze medal for Mexico. In our MX U23 vs JP U23 Today Match Prediction odds, we back for a 2-1 win for Mexico in this match.

Jeet Ghosh is a Football Journalist, living and working in Kolkata with years of experience. He is a Post Graduate in Journalism and Mass Communication from Jadavpur University. Jeet is a sports lover but has a special liking for football. He has worked as a football writer with The Citizen, Sportsflashes, Sportskeeda. He follows the football leagues around the world and is somewhat partial towards Real Madrid.
Previous ArticleWHN vs TNJ Dream11 Team Prediction Tips for Wuhan Zall vs Tianjin Tigers Chinese Super League Live Score 6 August
Next ArticleUFA vs LOK Dream11 Team Prediction Tips for FC Ufa vs Lokomotiv Moscow Russian Premier League Live Score 6 August