UFA vs LOK Dream11 Prediction: Ufa will continue their tough schedule at the start of the 2021/22 Russian Premier League season with the third consecutive match against the Moscow opposition. This time they play host to Lokomotiv on Friday afternoon at BetBoom Arena. Both CSKA Moscow and Dinamo Moscow had too much for the leaky defense of Ufa’s in the opening two rounds.

Back-to-back defeats to kick off their season means Ufa come into this on an already difficult situation and the home team will also be missing Ruslan Fishchenko. The defender was red carded in his team’s 3-2 home defeat to Dinamo Moscow last week. They now come up against a Lokomotiv Moscow side that have won both of their games so far having scored more than two goals per game but they have managed to concede two, as well. That lack of overarching defensive quality would suggest Ufa will be confident of notching like they did in their 3-2 loss last week but the visitors will remain favourites so an away win and both teams to score appears to be a very solid bet for this one.

Injury Report and Unavailability: Ruslan Fishchenko is suspended after being sent off against Dynamo Moscow last time out.

Expected changes and Strategy: Azer Aliev and Konstantin Plievv are back in training, and are looking to return to the side.

Injury Report and Unavailability: No injury or suspension issue before coming into this match.

Expected changes and Strategy: Serbian head coach Marko Nikolic has a full squad to choose from ahead of Friday’s match at Bashkortostan. 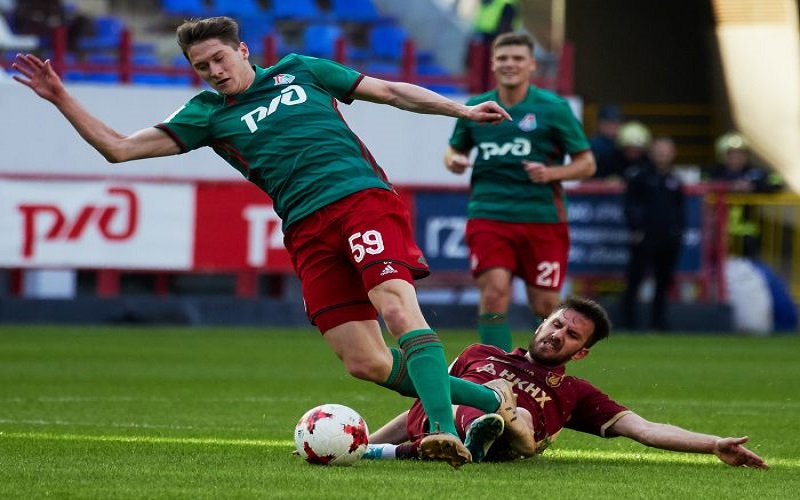 Fyodor Smolov: Smolov has 2 goal and a total of 5 shots on goals. This results in a goal conversion rate of 39.31%. He had a total of 5 big chances. He has a total of 0 assists, 1 key passes and he created a total of 6 chances.

Anton Miranchuk: Miranchuk has 1 goal and a total of 8 shots on goals. This results in a goal conversion rate of 31.62%. He had a total of 4 big chances. He has a total of 1 assists, 4 key passes and he created a total of 4 chances.

FC Ufa have lost their first two matches of the season and must win here. The last time FC Ufa defeated Lokomotiv at home was back in 2017. Lokomotiv defeated CSKA in the Moscow derby last weekend and are extremely motivated for Friday’s visit to Bashkiria. The Railroaders are favourites to win. In our UFA vs LOK Today Match Prediction odds, we back for a 1-0 win for Lokomotiv in this match.

Jeet Ghosh is a Football Journalist, living and working in Kolkata with years of experience. He is a Post Graduate in Journalism and Mass Communication from Jadavpur University. Jeet is a sports lover but has a special liking for football. He has worked as a football writer with The Citizen, Sportsflashes, Sportskeeda. He follows the football leagues around the world and is somewhat partial towards Real Madrid.
Previous ArticleMX U23 vs JP U23 Dream11 Team Prediction Tips for Mexico vs Japan Olympics Men Live Score 6 August
Next ArticleJNB vs DAE Dream11 Team Prediction Tips for Jeonbuk FC vs Daegu FC Korean League Live Score 7 August