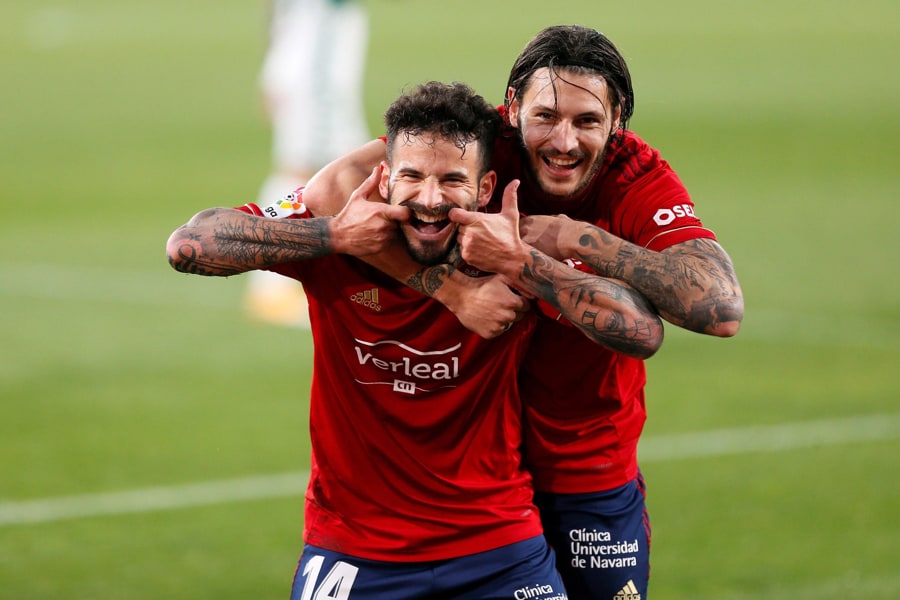 OSA vs ELC Dream11: Defeat away to Atletico Madrid last weekend was a ‘very Osasuna’ performance and result for this season so far. The Pamplonans have been extremely solid away from home and are the Liga’s best team on the road. The northerners haven’t been so good at home but remain as defensively solid. They come up against an Elche side that come into this on the back of a 3-0 thrashing at home to Real Betis last weekend. That defeat means they are now winless in their last six matches. Osasuna will come into this as slight favourites but it is expected to be a very low-scoring encounter.

In the current season of la liga, Osasuna are in the 11th place. On the other side, Elche are residing in the 18th spot of the table.

Osasuna have dominated the recent head-to-head record between the two sides and are unbeaten in their last five meetings, winning two of them.

Kike Garcia is quite dangerous for his side due to his goal scoring ability. The versatile striker has scored 7 goals in this tournament, with a conversion rate of 36.79%. For this contest, he can be the perfect captain’s choice.

Lucas Boye has 5 goals so far this season and can be a star in this match. He could be a good choice in this match with a conversion percentage of 35.10 percent.

Darko Brasanac can score 4 goals and change the course of a game on his own. He has two goals and a pass accuracy of 80.48 percent. His goal conversion rate is 33.48 percent.

Jeet Ghosh is a Football Journalist, living and working in Kolkata with years of experience. He is a Post Graduate in Journalism and Mass Communication from Jadavpur University. Jeet is a sports lover but has a special liking for football. He has worked as a football writer with The Citizen, Sportsflashes, Sportskeeda. He follows the football leagues around the world and is somewhat partial towards Real Madrid.
Previous ArticleGOZ vs FEN Dream11 for Goztepe vs Fenerbache Turkish League Live Score Fantasy Football Tips & Dream11 Team
Next ArticleDER vs QPR Dream11 Prediction for Derby County vs Queens Park Rangers English Championship Live Score Fantasy Football Tips & Dream11 Team