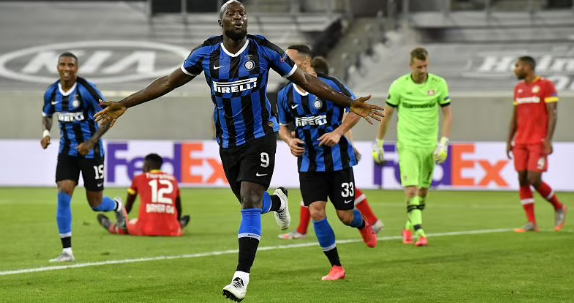 The UEFA Champions League returns for week action in week two as Shakhtar Donetsk play host to Inter Milan at the NSC Olimpiyisky up next. Shkhtar Donetsk created one of the upsets of the season as they beat Spanish heavyweights Real Madrid 3-2 at home.  As a result of the win, Shakhtar are at the top of Group B with three points. Meanwhile, Inter Milan drew 2-2 over Monchengladbach. Though Skhahtar will be pleased with their result over Los Blancos, Inter Milan by no means are going to make things easy for the home team. We can expect an entertaining 90 odd minutes of football and here is the SHA vs INT Dream 11 Prediction for the upcoming Champions League tie.

From the last three meetings between the two sides, it’s Inter Milan that has the upper hand with two wins in contrast to Shakhtar’s one win.

Injury Update and Unavailability: Victor Kovalenko, Maksym Malyshev, Ismaily, Yevhen Konoplyanka and Serhii Kryvstov are ruled out due to injury.

Expected Changes: Trubin should be starting in at goal, while, Korniienko, Khocholava, Bondar and Dodo could start as the back four in defence. Maycon is expected to be the central midfielder. Solomon, Patrick, Marlos and Tete could start higher up the pitch. Detinho is expected to lead the line of attack.

Injury Update and Unavailability: Matias Vecino, Stefano Sensi and Alexis Sanchez are on the sidelines due to injury.

Expected Changes: Handanovic should be starting in at goal, while, D’Ambrosio, Stefan de Vrij and Bastoni could start as the back three. Hakimi, Brozovic, Vidal and Kolarov are likely to accommodate the midfield region for the visitors. Barella, Javi Martinez and Romelu Lukaku could lead the charge up top.

Tete can play a pivotal role in the attacking front for Shakhtar Donetsk. Tete bagged a goal versus Real Madrid, while he also chipped in with a goal and an assist in the domestic league.

Romelu Lukaku netted a brace in the first game of the Champions League this season and has also scoref five goals from the last five appearances in Serie A. He can be added to the SHA vs INT Dream11 Prediction side.

Manor Solomon impressed in the attacking midfield region by bagging a goal, while, establishing a pass accuracy of 93% in the first domestic game of the season.

Achraf Hakimi can pack a punch as the wing back for Inter Milan. Hakimi has a goal, two assists and also has a pass accuracy of 90.5% from the last five appearances in Serie A this season.

Lautaro Martinez can also be one of the danger men for Inter Milan up front. Martinez has three goals from the last five appearances in Serie A.

Both sides have a fair amount of firepower in their respective squads and we could get to witness a tight 90 odd minutes. However, Inter Milan seem to have higher amount of quality on their attacking front, which is why the SHA vs INT Today Match Prediction odds are in faovur of Inter Milan to get the win by 2.13 as per bet365.