After spending most of the last season in the battle for the survival, Villarreal will be looking for a much smoother ride this season in La Liga.

They have a winnable first two fixtures and should aim for bagging six points before hosting Real Madrid in the 3rd round.

The La Liga match will be played between Villarreal and Granada at Estadio de la Cerámica (El Madrigal), in Villarreal, Spain. The ground has a capacity of 23,500.
The game will start at 12:30 AM (IST), on Saturday, August 18.

Sony Sports Network and Facebook both have the rights to show La Liga matches live in India.

Roberto Soldado: Back in Spain after a little bit of transformation with Fenerbache in the Turkish Super Lig. The 34-year-old is a threat in front of the goal.

Gerard Moreno: The 27-year-old was Villarreal’s 2nd highest goal scorer last season. He has had a good pre-season as well which shows that he is ready for the new season.

Santi Cazorla: The 34-year-old had a phenomenal last season, even earning a recall to the national set-up with Spain. Expect the former Arsenal star to pull the strings here.

Karl Toko Ekambi: The Cameroon international can play in a variety of roles. Not only he has been deployed as a forward in a false-9 situation, but the 26-year-old has played both on the left-wing and as a left-back as well.

He is a vital cog in Viallreal’s wheel. 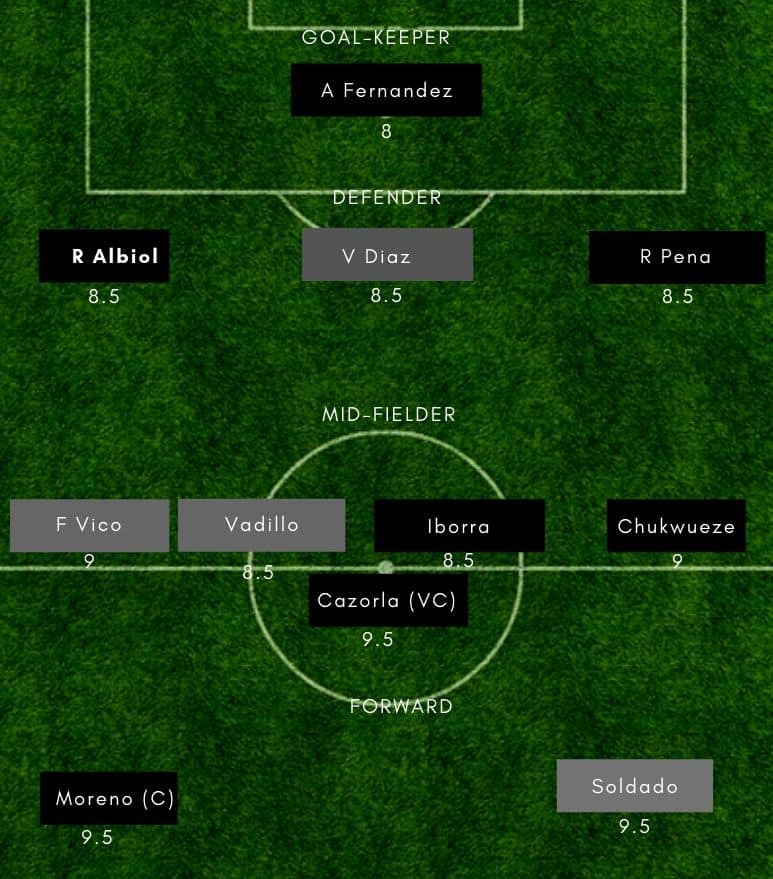 VIL vs GRD Dream11 potential winner:
Villarreal are favorite for the match.