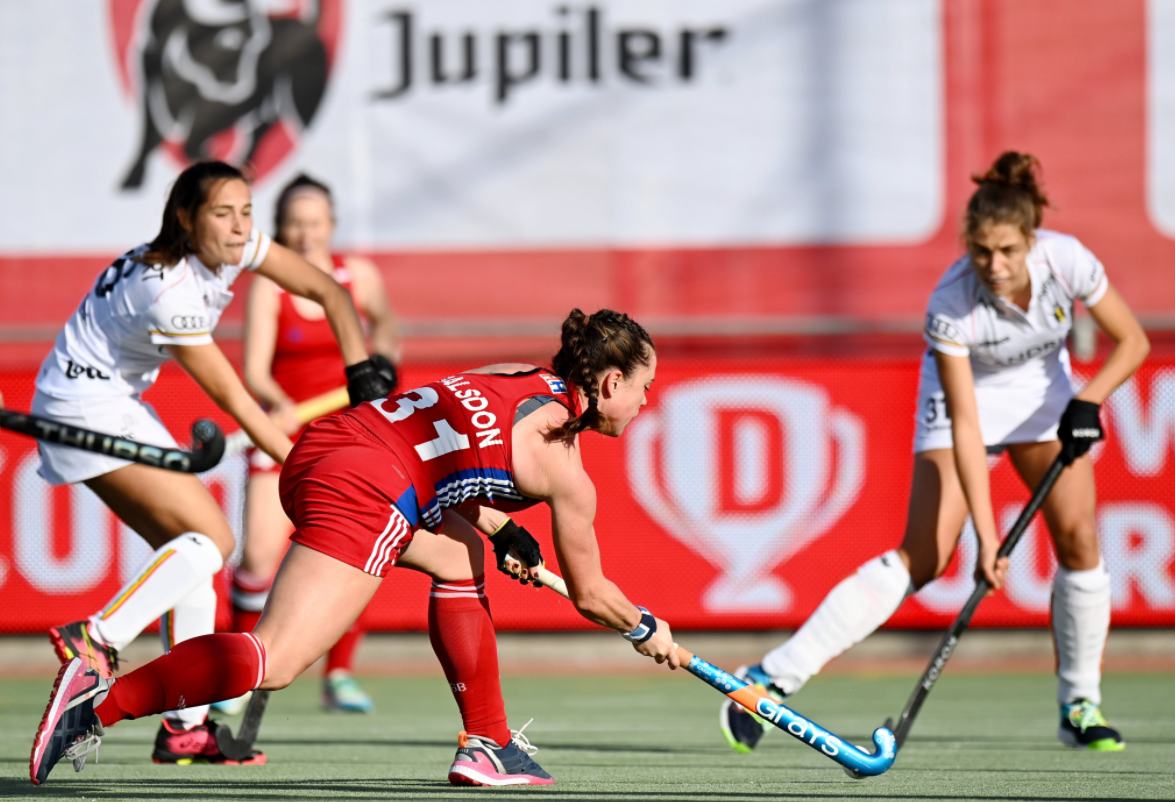 Belgium Women vs England Women Dream11 Hockey: It was a reasonably good show from the British women to clinch a nail-biter yesterday and eventually going 1-0 up in the competition over the Red Panthers. The two teams are now all set to collide yet again in the second-round game that will be played yet again at the Royal Uccle Sports in Brussels.

The match was won by the British women after a brilliant effort in the shootout, however, Belgium’s Alix Gerniers was honored with the Player of the Match award for her outstanding effort on the turf. After finishing 1-1 at the full-time, the British women romped past the hosts in the shootout by netting 3 goals courtesy Lily Owsley, Sarah Robertson, and Tessa Howard. In reply to the visitors’ triple striker, the Red Panthers could only manage a solitary goal courtesy of Tiphaine Duquesne.

With the first game going down to the wire, a sheer effort is highly anticipated from both teams yet again in this fixture as well. Who will reign supreme this evening? We will have to be patient for the result.

Fantasy hockey Dream11 prediction and the team news will be available here.