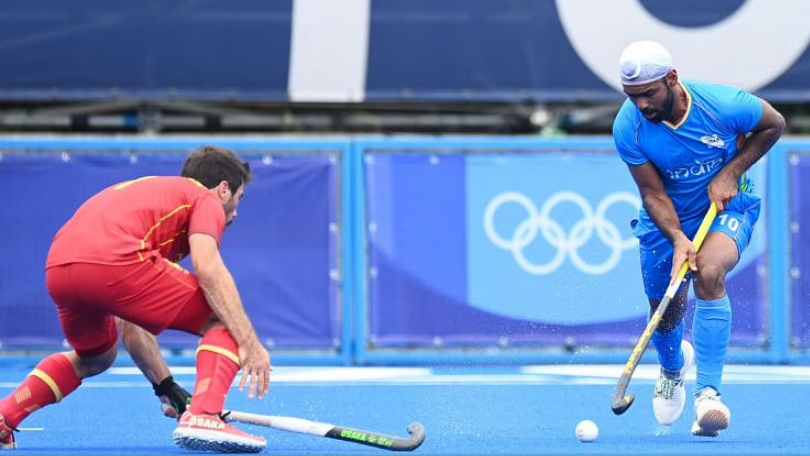 IND vs BEL Dream11: The Indian men’s hockey team are all set for their big semi final clash against Belgium at the Tokyo Olympics. This is the first time in over 40 years, that Indians are in the final four of the mega-event. However, it is not going to be an easy task by any means, as Belgium finished at the top spot in their Pool B. They have won all their games in the campaign so far.\

As for the FIH Rankings, Team India are in at 3rd, while, the Reds are a spot above them in at 2nd. Both sides have deservingly booked a spot in the semis, and we can expect the game to be a nerve wracking affair.

Where to Watch India vs Belgium Live: The match will be broadcasted on the Sony Sports Network. It can be streamed live on Sony Liv as well.

In the last two meetings at the Olympics between the two sides, it’s Belgium that has had the upper hand with two wins.

Gurjant Singh had a good performance in the quarter finals versus Great Britan and can play a valuable role here as well. Gurjant has 15 goals from 47 caps for India.

Akexander Hendricks can prove to be the danger man from Belgium’s end. Hendricks has 55 goals to his name, 54 of which have been through penalty corners. He has featured in 66 games for Belgium so far.

Rupiner Pal Singh has 16 goals from the last 29 appearances for his side. 12 of those have been through penalty corners.

Cedric Charlier has also been one of the standouts for Belgium in recent times. The centre forward has 32 goals from 71 starts for his side.

Both teams will be thriving in confidence heading into the semis and it could turn out to be an intense affair. The spirits in the Indian camp will be high as they could add another chapter to their fairytale run and make it to the finals in an attempt to relive long lost glory. However, Belgium have been rampant throughout, and have won each and every game in the Tokyo Olympics so far. That being said, the IND vs BEL Today Match Prediction odds are in favor of Belgium to get the win.