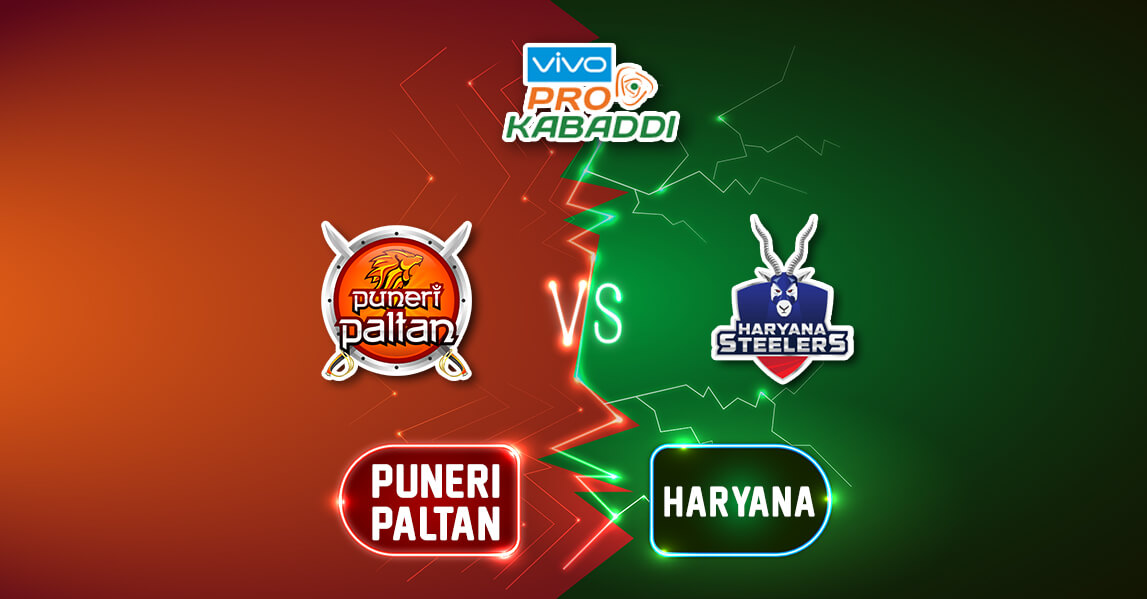 The round 3 of Puneri Paltan and Haryana Steelers is scheduled to take place tomorrow at the Shree Shiv Chhatrapati Sports Complex in Pune. Both sides are going through a lean patch and need a desperate win in this encounter to get themselves motivated.

PUN vs HAR 1st meeting this season in Chennai

The first meeting of this edition between the two sides took place at the Jawahar Lal Nehru Stadium in Chennai which was the first leg of the tournament. Pune was in an excellent form whereas Haryana was struggling to get going.

Nitin Tomar was at his imperious best as he was taking super 10’s on a regular basis. His brilliant run of form continued in this game as well and he claimed 7 raid points to his name which helped his side tame the Steelers by 34-22.

For Haryana, Vikas Khandola was the pick of the raiders with 8 raid points to his name while in the defence the then captain Surender Nada claimed 4 tackle points against his name.\

PUN vs HAR 2nd meeting this season in Sonepat

The second round between the two teams took place in the second leg in Sonepat. Once again, Haryana Steelers were struggling with 4 back-to-back loss whereas the Paltans were relishing on the form of their premier raider Nitin Tomar.

Once again it was Nitin Tomar who did the talking and claimed 9 raid points overshadowing a spirited performance from Vikas Khandola who got 11 against his name. Nitin was able to breach the defence of Steelers on numerous occasions as their defenders were able to sustain only 4 points in a scoreline of 27-48.

Let us delve into the PUN vs HAR Dream11 predicted seven, team news, and squads;

Puneri Paltan: Nitin Tomar is still not fit to feature.

Among others, Ravi Kumar, Sunil and Parveen are safe bets.

All-rounders: Sandeep Narwal and Monu are the best choices in this facet. Sandeep has been doing well in raids in the recent games while Monu claimed 4 points which include 1 raid point.

Raiders: In the raid department the impetus would be on Vikash Khandola who has claimed 120+ raid points this year. Naveen, GB More and Monu Goyat are the other picks won whom you can put your money on.