ATL vs PHI Dream11: The NBA is on and this has been an electric start to the season. There has been rise of some squads that were expected to be on the lower side, the Utah Jazz being one of the examples, while some have been performing below expectations. In this game, the Atlanta Hawks will take on the Philadelphia 76ers.

The Hawks are loaded

Bringing in DeJounte Murray has helped the Hawks big-time. This has taken the pressure away from Trae Young and he doesn’t need to score 30+ points for the Hawks to be successful. John Collins has been a disruptive performance on both ends. De’Andre Hunter has been getting it done whereas Clint Capela has been effective as a starter. Onyeka Okongwu has been a decent back-up Center whereas the bench overall has been a bit slow because of the absence of Bogdan Bogdanovic as the Holiday duo has a strong defensive presence but inconsistent scoring.

The 76ers still not that dominating

The 76ers have a much better unit than the record displays. James Harden who had a strong strat has been sidelined but Tyrese Maxey’s evolution helps them make for it to a certain extend. Joel Embiid is one of the best players whereas Tobias Harris brings great experience at the Forward position. Without Harden, they certainly lack the scoring balance that would elevate them to a big rank but their defense has been getting it done. PJ Tucker has helped on the end but the bench production has been hit and it remains a problem except for Georges Niang.

Trae Young(ATL)
Points: 22
Rebounds: 04
Assists: 09
Steals: 02
Despite not shooting well from deep, Young has a lot of other tools in his kit and he has been a stellar playmaker and scorer once again. I believe he will be in 20-26 points and 8-11 assists range. The Guard can be chosen as a Star/Pro Player in the Dream 11 NBA Fantasy scenario.

DeJounte Murray(ATL)
Points: 26
Rebounds: 06
Assists: 05
Blocks: 01
DeJounte has given tremendous boost to both ends of the floor and his driving abilities have been in full flow. I believe he will be in 20-25 points, 5-8 assists, and 5-8 rebounds range.

Tyrese Maxey(PHI)
Points: 11
Rebounds: 05
Assists: 06
Blocks: 01
Guard Maxey has become a top-notch scorer and has been doing a great job of handling the ball. I believe he will be in 22-28 points range here.

John Collins(ATL)
Points: 15
Rebounds: 04
Assists: 03
Collins is one of the most athletic players in the league and has been doing his job well as the big Forward. I believe he will be in 16-22 points and 7-10 rebounds range here.

Tobias Harris(PHI)
Points: 21
Rebounds: 08
Assists: 06
Steals: 01
Forward Tobias has been doing a great job as a scorer, rebounder, and is one of the best options at the big Forward position. I believe he will be in 16-22 points, 6-9 rebounds, and 1-3 blocks/steals range. 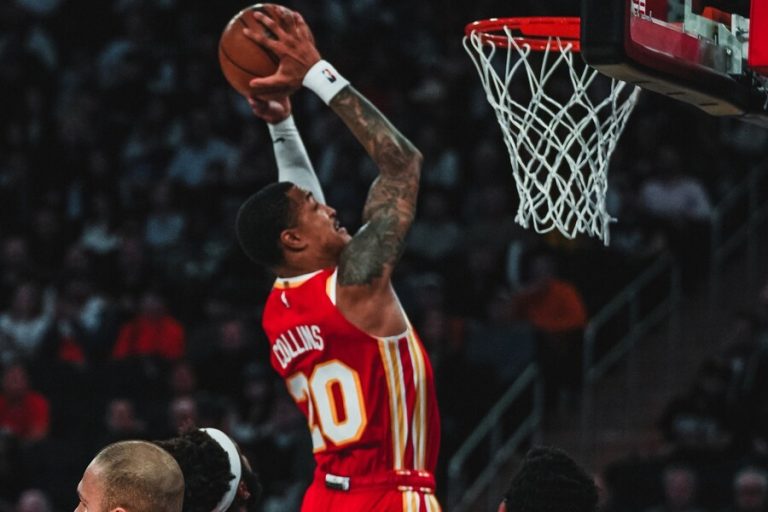 Trae Young will try to catch a game against the threat of Joel Embiid? You can catch the live game by using the NBA League Pass. To find out the scores, stats, and news, go to the NBA’s official website. To catch the highlights, go to the Official YouTube channel of the NBA.