Italy vs France Olympics Live: Now the exciting Olympics basketball has reached the knockouts stage and from here on, a team will need to win all their games to further their campaign and get closer to a medal. The Italian men won two of their group games while France is unbeaten so far and looking like the team to beat apart from the USA. Italy beat Nigeria in the last match-up and France handed a loss to Iran to advance. Both teams have top-level talents and it will be interesting which European powerhouse comes on the top More details about ITA vs FRA Dream11 will be given here.

Where to WATCH Italy vs France Olympics Live Score and Streaming?

Italy| France
Games: 03 | 03
Wins: 02| 03
Defeats: 01| 00
Italy vs France Olympics Basketball: Italy has an exceptional offensive team and both their guards and frontline players possess the ability to put up points in the stack. France has been terrific in terms of both their offensive and defensive performance and has shone in every department. One of the most interesting match-ups in the game is between the guards Simone and Fournier, both of whom have been superb in their offensive execution. For France, their perimeter defense and inside defense both pose a ton of problems and with players like Batum and Gobert, life will not be easy for both guards and forwards alike. The battle on the boards will be important and France may have a slight edge but the Italians also possess great bench players.

Evan Fournier
PPG: 17.3
Evan is an offensive machine and is going to play a pivotal role in the game. Fournier is an excellent shooter while he can also get to the rim and make tough finishes, which makes it tough to defend him. However, he was not effective against Iran, going for only 3 points in reduced. Evan can be picked as a Super-Player in the Dream11 Fantasy basketball scenario.

Simone Fontecchio
PPG: 18.0    RPG: 3.3
Simone is an incredible offensive player at the forward position. His knack for hitting jumpers and also produce inside points make him a problem. He has been consistent in supplying quality scoring to the Italians and has been their best offensive player. Simone posted 12 points and 4 assists against Nigeria.

Nando De Colo
PPG: 13.3    APG: 6.0    RPG: 3.7
De Colo is a high-quality Point Guard and acts as the main ball-handler for his squad. However, he is more than a playmaker and his shiftiness allows him to shoot and also finish in the paint. He has been one of the most consistent players for France and came up with 10 points, 5 assists, and 5 rebounds against Iran.

Nico Mannion
PPG: 15.0   APG: 5.0
As a guard, Nico possesses a smooth shooting touch and an ability to get to the heart of the defense. His ability to make tough passes on the go complicates a lot of things for the oppositions and he can go on hot streaks to compile an efficient quarter for his team. Mannion picked up 14 points and 4 rebounds against Nigeria. 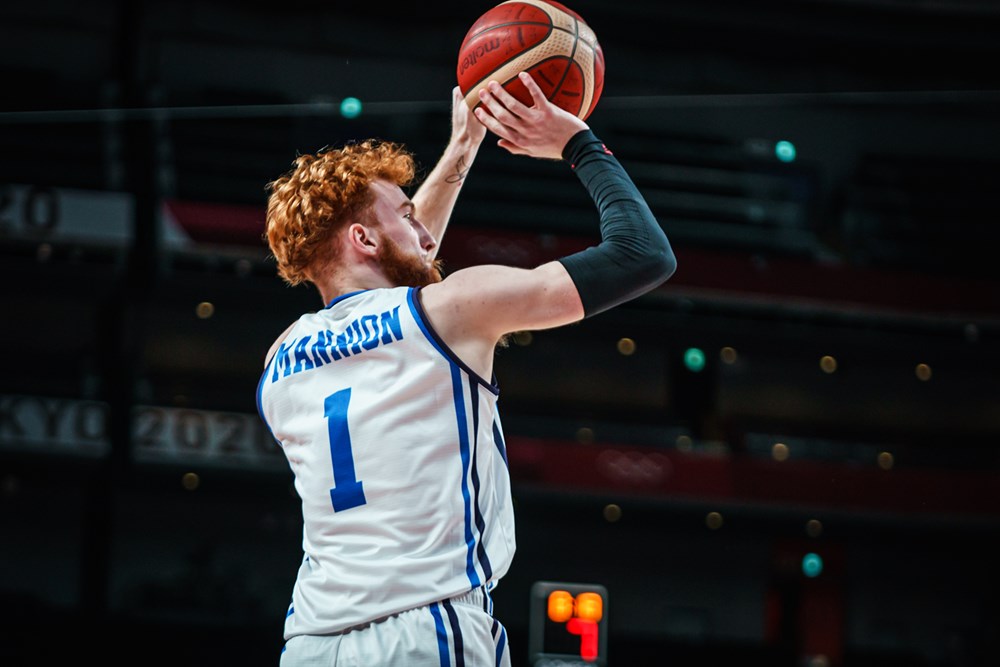 Rudy Gobert:  PPG: 8.7    RPG: 7.7
Gobert is the last line of defense for France and his ability to rebound at a high clip makes Frenchmen active on that side of the floor. Rudy can also finish inside and can be framed as a typical Center. Gobert locked in 6 points and 4 rebounds versus Iran.

Stefano Tonut
PPG: 12.0
Tonut is a primetime offensive player and usually notches double-digit scoring games. He is very solid off the ball and can shoot off the catch while being capable of hitting runners, floaters, and getting close to the rim. Stefano had 10 points against Nigeria.

Basketball is an intense sport and NBA has the most varied talents in the world. I like analysing basketball and uncover the nuances that dictate the game.
Previous ArticleESP vs USA Dream11 Team Prediction Olympics-Men Live Score Spain vs USA, 3 August
Next ArticleAUS vs ARG Dream11 Team Prediction Olympics Men Live Score Australia vs Argentina, 3 August