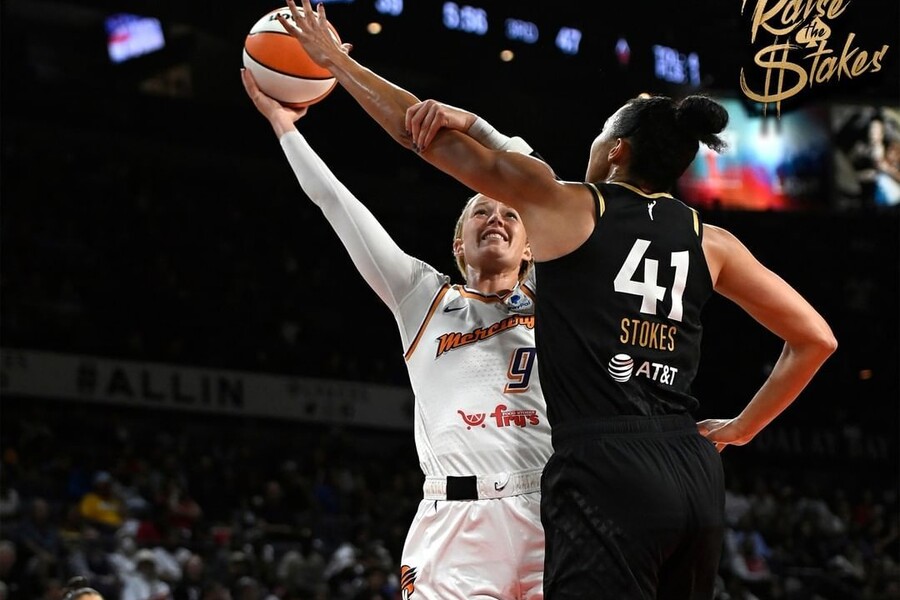 LVA vs PHO Dream11: The WNBA has been in the Playoffs mode and this has been another fantastic season. We have seen an upset already as then number one seeded Sky got a great dose of upset by Liberty in the Game 1 of the First Round. But the number-two seeded the Las Vegas Aces had no trouble defeating the Phoenix Mercury in their first game of the Postseason.

The first game was way too low-scoring than expected as the Aces closed out the Mercury 79:63. The total of 142 was like 30-40 points below what was expected here. The Mercury despite missing key pieces put up a decent fight but Plum’s 22 points proved rather too much in the end. The Mercury surely missed a big-time shot-creator here and the Aces defense looked in turbo mode compared to the Regular Season. The Aces should close the series here.

Mercury has endured a lot

The list is long for Mercury when it comes to the tumult of the season. First, Griner was imprisoned in Russia then Tina Charles parted ways after things didn’t work out. Then Diana Taurasi got injured, then Skylar Diggins-Smith was ruled out for “personal reasons”, basically suspended by the team for reasons not known. To make it worse, Shey Peddy ruptured her ACL and that sums up the Mercury season.

And to make the matters the worst, they have run into an Aces team that is built for Playoffs Aces. While the Mercury limited them to around 40% shooting in Game 1, they were stifled due to the lack of scoring options and shot a paltry 30.7% in response. Except for Megan Gustafson and Sophie Cunningham, no player shot in excess of 40% and they surely missed their playmakers and shot-creators in this game. The Aces look primed to win here considering their loaded lineup of Plum, Young, Gray, Wilson, and Stokes.

Kelsey Plum(LVA)
Points: 22
Rebounds: 05
Assists: 04
Steals: 01
Guard Kelsey had a strong Game 1, making six of her 13 shots while also being a huge factor as a passer and rebounder. I beleive she will be in 20+ points and 4-7 assists range.
Expected Fantasy Points Range: 33-46

Sophie Cunningham(PHO)
Points: 12
Rebounds: 04
Assists: 02
Steals: 01
Cunningham was more effective with a consistent playmaker around her but all in all, she is having the best season of her career. I believe she will be in 14-19 points and 4-6 rebounds range.
Expected Fantasy Points Range: 20-30

A’ja Wilson(LVA)
Points: 08
Rebounds: 12
Assists: 03
Blocks: 03
Forward A’ja was stalled to 2/11 in Game 1 but there is no way that it should happen again for the elite scorer, rebounder, and defender. I believe she will be in 20+ points, 9-14 rebounds, and 1-3 blocks range. She can be selected as a Star/Pro Player in the Dream 11 Prediction scenario.
Expected Fantasy Points Range: 38-51

Brianna Turner(PHO)
Points: 02
Rebounds: 16
Assists: 02
Blocks: 01
Turner did a great job of restricting A’ja in the last game and also had a strong rebounder game, but her offense is usually limited. I believe she will be in 4-8 points, 8-13 rebounds, and 1-2 blocks range.
Expected Fantasy Points Range: 20-28

Jackie Young(LVA)
Points: 16
Rebounds: 05
Assists: 02
Steals: 01
Guard Young brings a lot of stability as both the off-the-ball and as a shot-creator while being an all-around presence. I believe she will be in 14-21 points, 4-6 rebounds, and 3-5 assists range.
Expected Fantasy Points Range: 25-35 Mercury are out of sorts and their season can end here, will Wilson and Plum change that? You can catch this brilliant battle on the WNBA League Pass, an avenue for all the live games and their replays if you can’t watch the game. To see the highlights, go to the official YouTube channel of the WNBA. To know the scores, news, and stats, visit the official website of the WNBA.