CON vs DAL Dream11: The WNBA has heated after the Playoffs are in the full swing. After an upset against the Liberty, the Sky showed their A-Game and evaporated the opponent to make it one each. The same evaporation happened when Connecticut Sun drilled the Dallas Wings to the Ground in Game 2. Will the Wings have any response here?

Wings can be out here

The Wings showcased similar struggles they showed during the Regular Season. Not choosing their shots wisely and floundering on defense both inside and outside. The team showed some resurgence at the end of the Regular Season without Arike Ogunbowale but with the way the Sun perimeter defense stifled the shot-creation, they could have used her volume shooting.

The Wings couldn’t reach the 20-points mark in any of the four quarters and conceded at least 21 points in each quarter. They had 15 turnovers compared to just nine by the Sun and only had 11 assists, with an awful 25% shooting from deep. The Sun shot an impressive 52.7% from the field and had 25 assists with Jonquel Jones leading the effort, once again showcasing her incredible Playoffs experience and incredible shooting touch. Sun is full of incredible push-pacers, passers, rebounders, defenders, and shot-creators, which seemed too much for the Wings to kick things off.

Jonquel Jones(CON)
Points: 19
Rebounds: 08
Assists: 03
Blocks: 01
Jones’ average dropped during the Regular Season compared to last season but the last game was a statement showing that she is reading for a deep Playoffs run. I believe the versatile Forward will be in 17-23 points, 6-9 rebounds, and 1-2 blocks range.
Expected Fantasy Points Range: 28-42


Marina Mabrey(DAL)
Points: 11
Rebounds: 04
Assists: 01
Steals: 01
Guard Mabrey had a solid season but will need to do better than a 5/13 effort in the last game and the sharpshooter can surely turn it around. I believe she will be in 14-19 points and 3-5 assists range.
Expected Fantasy Points Range: 23-40


Alyssa Thomas(CON)
Points: 15
Rebounds: 10
Assists: 07
Steals: 01
Blocks: 01
Thomas toyed around with the Wings defense in the last game and she is one of the most dangerous all-around players who can change the pace and play elite defense. I believe she will be in 12+ points, 7+ rebounds, and 6+ assists range. She can be selected as a Star/Pro Player in the Dream 11 WNBA Prediction scenario.
Expected Fantasy Points Range: 35-50


Allisha Gray(DAL)
Points: 17
Rebounds: 05
Assists: 02
Steals: 02
Allisha made 7/11 in the last game and she was the most effective offensive option in the last game while holding her on defense. I believe she will be in 14-19 points and 4-6 rebounds range.
Expected Fantasy Points Range: 24-34 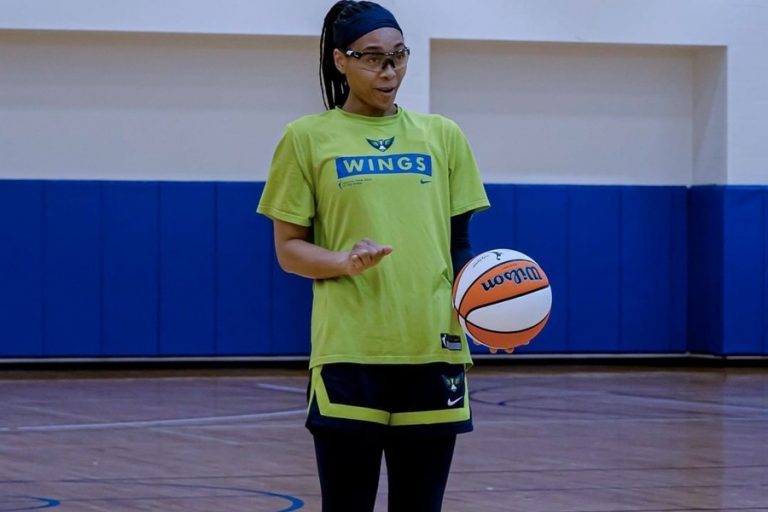 Courtney Williams(CON)
Points: 10
Rebounds: 02
Assists: 06
Steals: 01
Guard Courtney has helped the Sun push the pace and shot 5/12 in the last game while aiding the passing and defensive effort. I believe she will be in 11-16 points, 4-7 assists, and 3-5 rebounds range.
Expected Fantasy Points Range: 23-32


Teaira McCowan(DAL)
Points: 07
Rebounds: 05
Assists: 00
Blocks: 02
Teaira has been doing much better lately than the above numbers suggest and she has to get back on the same ways against the physical Sun. I believe she will be in 10-16 points, 7-11 rebounds, and 1-3 blocks range.
Expected Fantasy Points Range: 20-34 The Wings need a big effort as the Sun remain one game away from advancing? You can catch this Game 2 between the Connecticut Sun and the Dallas Wings on the WNBA League Pass. To learn the scores, stats, and news, visit the official website of the WNBA. Watch the highlights on the official YouTube page of the WNBA.