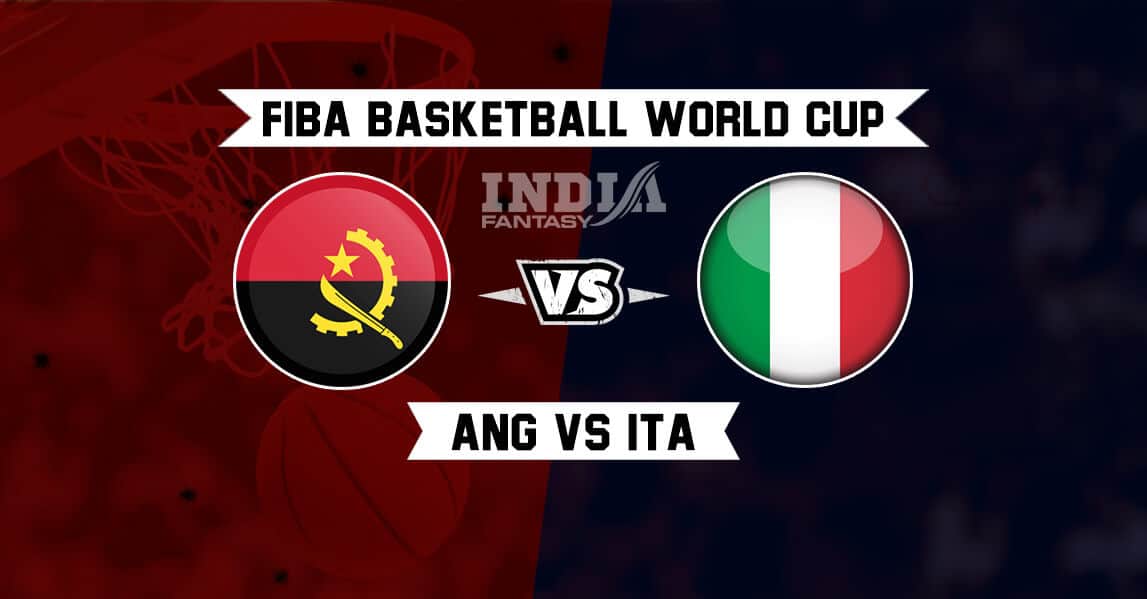 The World Cup can be a very short journey for the teams failing to take off from the outset. Angola, being one of those teams.

Having lost 59-105 to Serbia in the opening game in one of the one-sided games in the World Cup, Angola know that the door to the knockout stage is almost closed, with the mathematical possibilities only keeping it ajar.

That said, Angola have no options but to beat Italy by a big margin to keep their slim hopes of progressing in the tournament alive.

Italians will head to this game knowing that a win will clinch a berth in the knockout stage. The way they played, the game against Angola seems only a formality.

MATCH DETAILS:
What competition it is? FIBA World Cup 2019
The match will be played between Italy and Angola at Foshan International Sports & Cultural Arena. The arena has a capacity of 10,000.
Match Day: September 31, 2019, @ 01:00 PM IST

How the teams fared in the opening game?

Beat Philippines by a massive 108-62 scoreline. Romeo Sacchetti’s men came out to the court like hungry lions, winning the first quarter by 37-08. There was no way back for the Philippines as the two-time Euro-Basket Gold medalist never took off their foot of the gas.

As mentioned above, Angola were all over the place against the Serbians, losing all the quarters in their chastening 59-105 defeat in Game-1.

No injury concerns for either team ahead of this game.

Danilo Gallinari: An absolute superstar. And the fact that he is coming off a very very solid season in NBA, makes the 31-year-old an outright candidate for the most points in this game.

Marco Belinelli: The San Antonio Spurs’ superstar had a solid end to the season as he averaged around 15 points per game.

Carlos Morais: The 33-year-old topped the scoring charts for Angola in Game-1. He shot 50% of his shots from beyond the arc and was the best Angolan player in clutch situations. Italy will start the game as favorites.