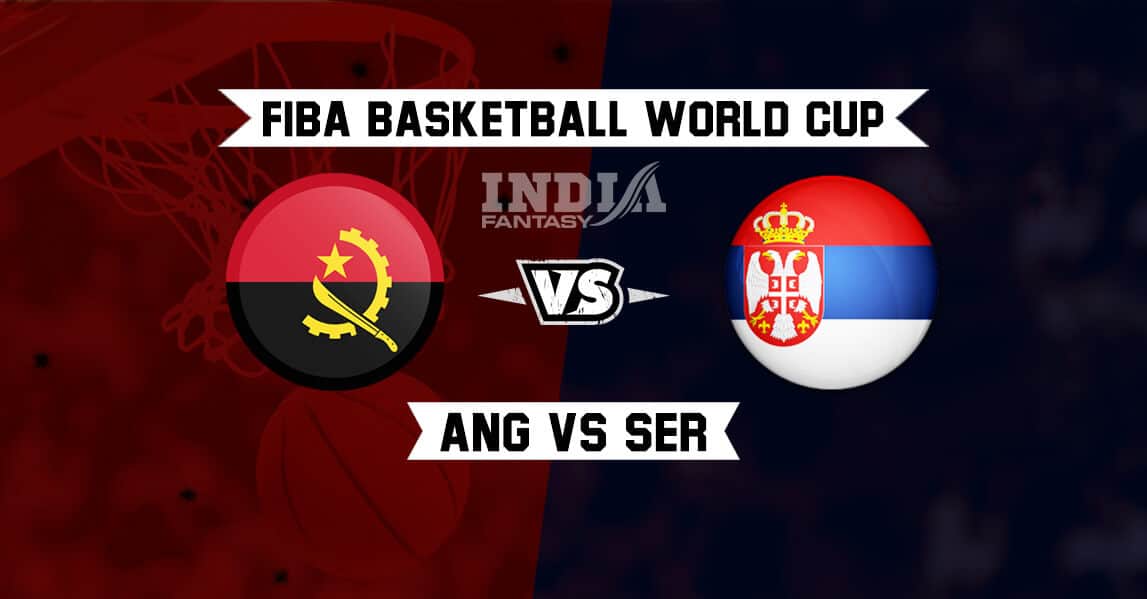 One of the pre-tournament favourites Serbia and the talented Angola kick start the 2019 FIBA World Cup with a game at Foshan International Sports & Cultural Arena.

MATCH DETAILS:
What competition it is? FIBA World Cup 2019
The match will be played between Angola and Serbia at Foshan International Sports & Cultural Arena, in Foshan, China. The arena has a capacity of 14,700.
Match Day: August 31, 2019, @ 01:00 PM IST

How did they qualify?

Angola: The road to China was long and tough as well considering a host of strong nations were in the mix.

Like all the teams, Angola had to negotiate a two-round qualification to book a seat on the plane to China.

Angola topped the group in the first round and qualified for the next and the penultimate round where they were one of the six teams in Group E.

With nine wins from 12 games, Angola earned their ticket to the 2019 FIBA World Cup.

Surprisingly, Serbia struggled to hit the heights they are supposed to play at in the qualifying campaign.

But that’s largely down to the big guns who missed most of the games due to their involvement in the NBA.

In the end, it’s all about finishing the job, which the team just about managed to do, as they qualified from Group L as the 3rd placed team.

Players to watch out for: (Captain options)

Nikola Jokic: Arguably the best offensive player on Serbia’s roster. A perfect two-way player, who not only can hurt the players with the ball in his hands but is very effective without it as well.

The Denver Nuggets’ superstar Center will be looking to avenge his team’s defeats to United States of America in the last two major tournaments.

Nemanja Bjelica: The 31-year-old scored is coming off from a very strong season with Sacramento Kings. His two-way approach could prove to be fatal for the opponents. Serbia are favourites to win the match.