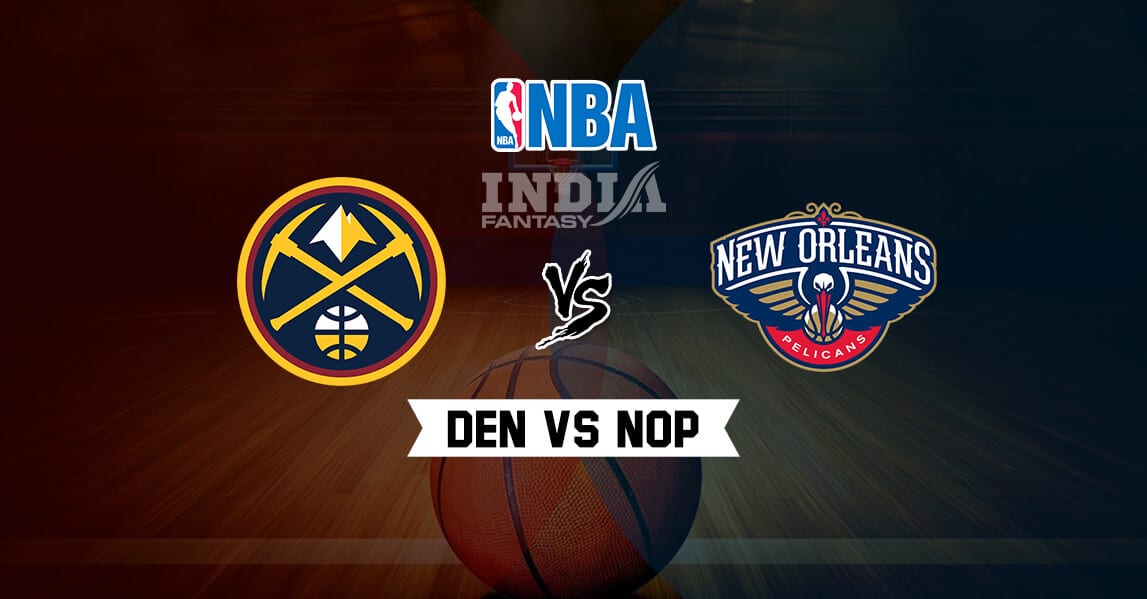 DEn vs NOP Dream11: The team with the best current run in the NBA, Denver Nuggets, will be looking to maintain its perfect run when the New Orleans Pelicans play them a visit for a regular-season matchup at Pepsi Center, on Thursday morning (IST).

Match Info:
Denver Nuggets will host New Orleans Pelicans at Pepsi Center in the NBA. The match will start at 09:00 AM (IST), December 26, Thursday morning.

Nikola Jokic: The Big Serbian is hitting his top-form, and is on fire at the moment. A no-nonsense choice for the captain option.
Points Per Game: 17.4
Rebounds Per Game: 10.0
Assists Per Game: 6.9
Steals Per Game: 1.0
Blocks Per Game: 0.3

Brandon Ingram: The former Los Angeles Lakers star has been a bright spark in a rather disappointing season for the Pelicans.
Points Per Game: 25.0
Rebounds Per Game: 7.1
Assists Per Game: 3.8
Steals Per Game: 0.9
Blocks Per Game: 0.8