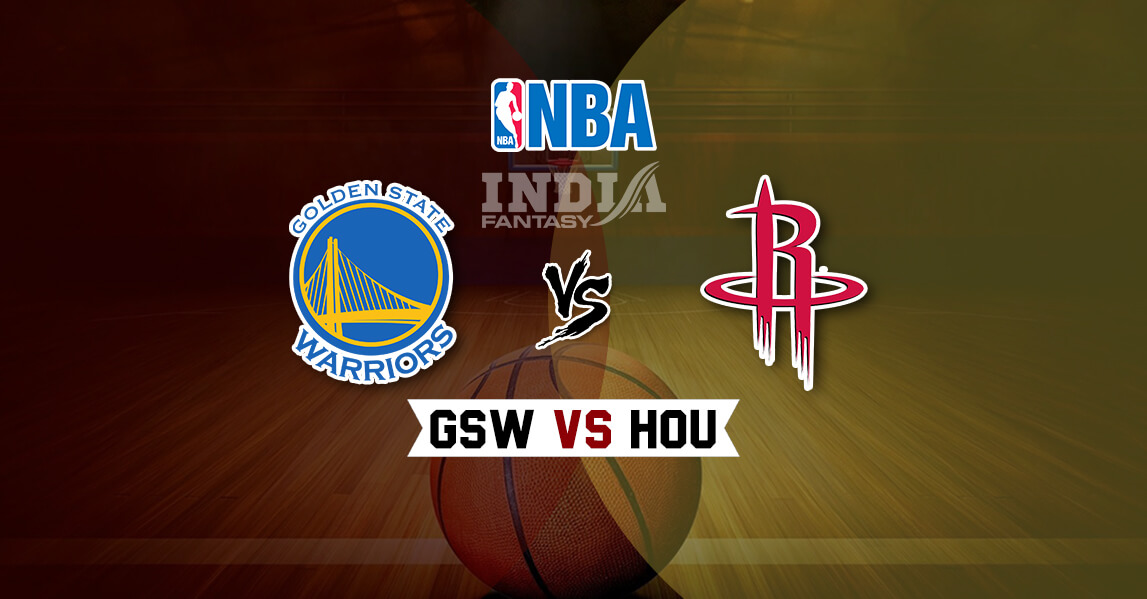 Heavyweights of the Western Conference right another chapter in their rivalry as Golden State Warriors travel to face Houston Rockets in the regular season of the NBA on Wednesday.

Golden State Warriors are on a sticky wicket and have called upon some other players to join them in order to strengthen up the defence. They do still have the best record in the West but have not been as dominant. Even their coach Steve Kerr admits that the players aren’t exactly as motivated for the regular season, and this could cause some complacency. With the likes of Kevin Durant, Stephen Curry and Klay Thompson, they have genuine superstars in the ranks who are capable of winning any game. They have to make a statement now or else the sense of fear from the other teams will go away.

Meanwhile, Houston Rockets were the runner’s up in the Western Conference last year, and if only their star man in Chris Paul didn’t get injured, it could be them who would be the champions. The team struggled a lot at the start of the season, but they seem to have returned emphatically. The franchise relies too much upon the MVP of the league James Harden, who has taken his output level to yet another level. He will be looking to get a break before the post-season or else is feared to get burnt out when it truly matters.

PLAYERS TO WATCH OUT FOR:

Stephen Curry – He is the greatest shooter to have ever played the game of basketball, and he defies everything that can be said about a three-point shot. He is averaging 27.9 points per game along with 5.3 rebounds and 5.2 assists.

Klay Thompson – He is the second part of the splash brothers, and he could also be in the top 2 of greatest shooters to have ever lived. He is averaging 22.4 points per game.

James Harden – He is the reigning MVP of the league and has been in spectacular form to say the least, as break record for scoring points. He is averaging 36.2 points per game along with 6 rebounds and 7 assists.

Chris Paul – He is the star of this franchise and healthy as well, which causes problems for anyone who goes up against this time in the coming days. He is averaging 15.2 points per game along with 8 assists.

Golden State Warriors:
Injured – Damian Jones faces time out till May of this year due to an injured pectoral muscle.
Questionable – Kevin Durant twisted his ankle in the last game, and walked gingerly afterwards. Andrew Bogut is expected to join the roster next week as he doesn’t have a spot in the rotation.
Suspended – None.

Houston Rockets:
Injured – None.
Questionable – Terrence Jones is recovering from an illness whereas Isaiah Hartenstein has a problem with his right Achilles with soreness. Houston Rockets might just do another number on the defending champs here as we see them coming out on top as winners.