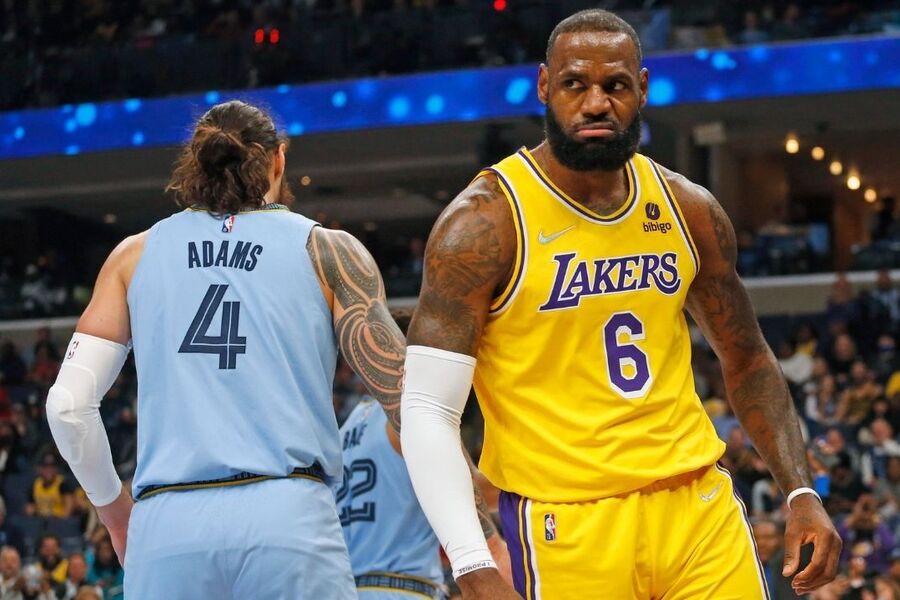 MEM vs LAL Dream11: The COVID-19 pandemic has ruined multiple lives and when it comes to the NBA scene, the players, coaching staff, and the court staff, all have seen their lives become more difficult and restricted than before. Still, the league has kept going on and athletes have shuffled from here and there. Anyway, in this game, the Los Angeles Lakers take on the Memphis Grizzlies in a Western Conference battle.

The Lakers did snap their five-game losing streak versus the Rockets but that is no glory. The Rockets have lost a lot of games and the Lakers managed to give away 120+ points in the third game straight. Now the question how will this struggling defense cope up with the Grizzlies playing in a back-to-back night scenario?

The Grizzlies have 21 wins and 14 losses, their last win came against the Suns who have the second-best record this season. Now, they will have a chance to put on a show against the Lakers team which is certainly a vulnerable target for their guard-heavy offense. Can Grizzlies put away Lakers here?

Grizzlies: Bane’s quick growth and becoming a sturdy outfit
December has been the best month for the Grizzlies Franchise this year around and one of their best months in recent memory overall. The team has found a gem in Desmond Bane, who is able to eclipse 20 points mark almost every game these days, and along with Ja Morant, he forms a backcourt that can dip in 50+ points. With Adams and Jackson, the frontline looks sturdy while COVID-19 may have weakened the bench, Memphis depth has kept them afloat. The Grizzlies will now need to take the next step here, continue the current rhythm, capitalize on the improved defense and become one of the elite units heading into the Playoffs, but yes, there is a long long way to go in these insecure circumstances.

Lakers: Their defense has no grit
The Lakers barely manage two-three stops in a row and that has been an issue all season long. The opposition’s offense licks their lips looking at the defensive approach of this team and LA has leaked 122 points or more in three straight games. This defensive method has hurt the team and held them back from even becoming a Playoff squad at this point. Yes, having LeBron and Westbrook even with Davis out means a lot of playmaking, scoring, and rebounding, but the fact that the Lakers get outrebounded and outhustled during most games these days is not a welcome sign. How will they perform in a back-to-back scenario against a sky-high Grizzlies? Lord save them.

Ja Morant(MEM)
Points: 33
Rebounds: 04
Assists: 04
Steals: 02
Ja has come back with a full bang after his injury and his last-second lay-up versus Suns showcase that he is ready to propel the Grizzlies for new heights. The Guard can scale 25 points mark regularly while dishing 4-9 assists a game on a regular clip.
Expected Fantasy Points Range: 40-51


LeBron James (LAL )
Points: 32
Rebounds: 11
Assists: 11
Blocks: 02
Steals: 01
LeBron has carried this faltering Lakers unit on his back again and again, scoring 30 or more in the last six games. LeBron has compiled two triple-doubles within 10 days and has been a high-yielding option. He can be selected as a Star/Pro Player in the Dream 11 NBA Fantasy scenario.
Expected Fantasy Points Range: 55-67

Desmond Bane(MEM)
Points: 32
Rebounds: 06
Assists: 03
Steals: 01
Blocks: 01
Young Bane has become as talented a scorer as Ja Morant and his game has reached another level. Desmond has scored 23 or more in most of the games this month and you feel he can even go to a higher range in the future.
Expected Fantasy Points Range: 35-45 Russell Westbrook(LAL )
Points: 24
Rebounds: 11
Assists: 11
Steals: 02
While Westbrook has indeed turned it over a lot this season, he still has lodged big-time numbers. The Guard has figured in the 20-25 points, 7-12 rebounds and 6-11 assists range a game continually this season while turning it over around 5 times per game.
Expected Fantasy Points Range: 41-57 Carmelo Anthony(LAL )
Points: 24
Rebounds: 09
Assists: 00
Blocks: 02
Steals: 01
After a tough period earlier in the month, Melo has gone back to his scoring ways of November. The Forward has lodged 20+ points outings in back-to-back nights and has also come up big on the rebounding end.
Expected Fantasy Points Range: 27-38


Steven Adams(MEM)
Points: 13
Rebounds: 16
Assists: 07
Blocks: 01
Adams has led the Grizzlies in terms of rebounds during almost all games and has been a force during December. Adams usually figures in the 11-16 rebounding range.
Expected Fantasy Points Range: 22-40