UTA vs CLE Dream11: COVID-19, injuries, and soon trades will change the dynamics of the NBA as we work out different combinations as writers, readers, or simply the fans of the game. And that is what makes the scenario complicated because you never know who rises up tomorrow and who takes a hard fall. Still, we can make guesses, from the historical data, from our interpretations as the sports fantasy scenario only becomes more popular in the world, be it fantasy basketball, betting scene, or other forms of contemplations related to this lovely game of the NBA.

And in this case, the Cleveland Cavaliers will visit the Utah Jazz as a part of their lengthy Western Conference road trip. Jazz has won 28 games and lost 13 but has played some underwhelming basketball during the last two games. Their defense has suffered in absence of Rudy Gobert and the Utah team has lost to two below 50% win teams lately.

On the other hand, the Cavaliers were huffing and puffing during their last game against the Kings but somehow pulled through. They are in midst of a tough trip, a long way away from home and playing tough teams along the way. Still, they will have their chances against a Jazz team that has not played disciplined defense without Gobert.

Jazz: What can stop them from making a long postseason run?
Jazz has not done well on the defensive end throughout the season, the team’s help defense is weak, and apart from Royce O’ Neale Utah doesn’t show a lot of hustle. Leaking 125+ against a Pistons team that usually struggles to reach 100 and 120+ against a Pacers that also doesn’t score this much, has to be a low point. It is understandable that with Rudy Gobert sidelined due to the COVID-19 protocols, the defense has suffered, but even when he was playing, the team wasn’t helped him out when his match-up was open and gave up too many points. The Jazz has been way too behind on average in terms of defense when compared to elite teams like Suns, Warriors, Grizzlies in the West, this can be a big problem come Playoffs time when the value of defense becomes even more vital as scoring has been harder to achieve. There is a lot of time remaining in the season and we have seen many teams improve defensively over the course.

Cavaliers: Has the tools to win
I don’t if the Cavaliers have a deep postseason run in them but they are a massively improved team compared to last season. Cleveland had won just 22 wins in the 72-game 2020-21 season, and right now they are already past that mark. Rookie Evan Mobley has created a lot of difference through his two-way play, meanwhile, Darius Garland has also upped his scoring. But it is the improvement in defense that has helped out the Cavaliers this season quite a bit. Cleveland has a Forward centric lineup with Markkanen, Mobley, Allen, Stevens, Love, Osman, and Windler, which means they have a lot of length enabling them to play top-quality defense and also grab rebounds at a high rate. Overall, yes, the team can go cold at times from the field but the current Cavaliers team has a lot of potential to become a high-level squad down the line.

are QUESTIONABLE for the game.

Darius Garland(CLE)
Points: 12
Rebounds: 05
Assists: 11
Steals: 01
Darius has scored below 15 points after scoring 20+ in five straight games prior to that. I believe he will go past 15 and is likely to figure in the 18-26 points range soon. The guard has dished 6-11 assists a game regularly this season. Darius can be selected as a Star/Pro Player in the Dream 11 NBA Fantasy scenario.
Expected Fantasy Points Range: 35-47

Donovan Mitchell(UTA)
Points: 31
Rebounds: 03
Assists: 04
Blocks: 01
Donovan has enjoyed immense success on the offensive end once again this season and has continuously breached the 26 points mark throughout the season. A 4-6 assists range is also possible for Donovan game in and game out.
Expected Fantasy Points Range: 36-44


Jarrett Allen(CLE)
Points: 18
Rebounds: 17
Assists: 01
Blocks: 02
Steals: 01
Allen is having a superb season, scoring inside, sealing the boards, and playing terrific individual as well as help defense. The Center has been figuring in the 13-18 points and 10-17 rebounds range for most of the season.
Expected Fantasy Points Range: 34-42


Mike Conley(UTA)
Points: 13
Rebounds: 05
Assists: 08
Although Conley is slowly heading towards the tail-end of his career, the guard has done a wonderful job as the playmaker and a perimeter shooter for the Jazz. A 12-18 points and 6-8 assists range is a routine for Conley.
Expected Fantasy Points Range: 30-42

Jordan Clarkson(UTA)
Points: 16
Rebounds: 05
Assists: 03
Steals: 01
Blocks: 01
Jordan is one of the most versatile scorers in the league and brings a high-quality production off the bench for the Utah outfit. Jordan has been scoring in the 16-23 points range consistently for two seasons now.
Expected Fantasy Points Range: 27-41

Evan Mobley(CLE)
Points: 17
Rebounds: 07
Assists: 05
Blocks: 02
Steals: 01
Mobley is a rookie who has earned his stripes on both ends of the floor. The highly athletic Center has scored in the 15-21 points, grabbed 6-11 rebounds, and blocked 1-3 shots a game regularly this season.
Expected Fantasy Points Range: 33-42 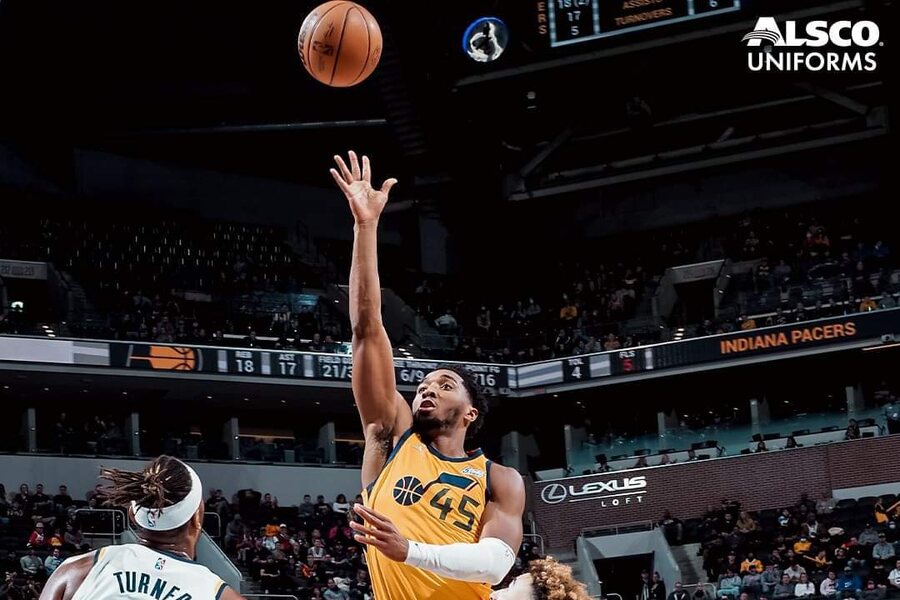 This game is not available on streaming services like JIO TV and Voot. It is also not available on TV channels like MTV and VH1. Still, with the NBA League Pass and the annual subscription option that comes along with it, there is a chance to catch all games live and also watch the full game replay afterwards in case you miss the stream. To get the official score, go to the official website of the NBA.