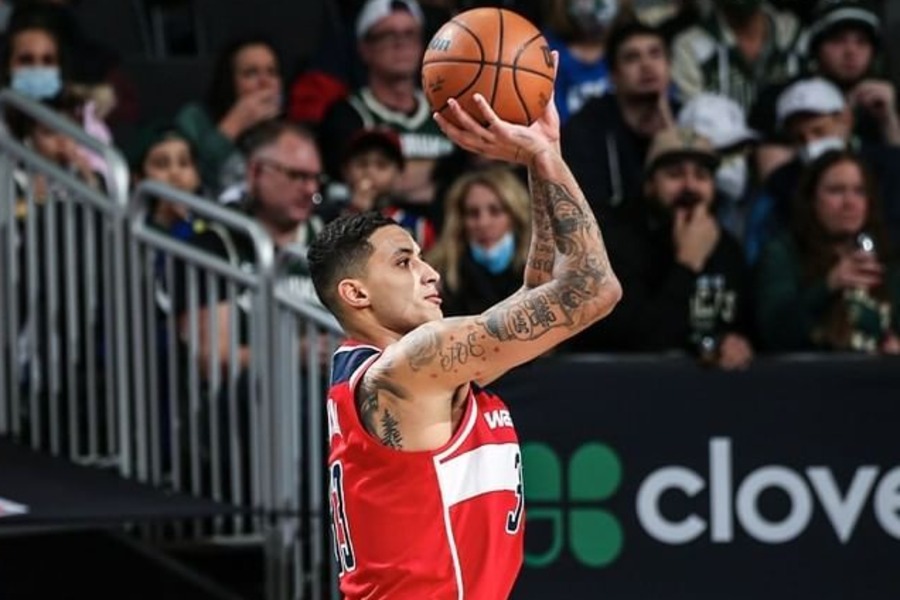 WAS vs DET Dream11: The NBA All-Star Break is just a few days away and for me, it is not the best time because I have personally not enjoyed the All-Star game or even the Saturday night. However, there can be various fans who like to imbibe them in the euphoria of the celebratory spirit of basketball. But, that is not for me personally, I like the Regular Season the most as it is about pumping out varied dynamics and there is more than star power as the guiding light. Anyway, let us jump into this game between the Washington Wizards and Detroit Pistons.

The Wizards are still in contention for the Play-in tournament but they have struggled a lot since late January and with Beal out, their rotations are all over the place. The team traded Spencer Dinwiddie and got a big-time player in Kristaps Porzingis, who can turn the tables in the long run. For now, the team will depend upon Kyle Kuzma as Kristaps keeps struggling with injuries.

On the other hand, the going has been tough for the Pistons team since the beginning of the season. They have one of the worst records in the league and at this point, they have fallen too behind the Play-in race. The team is rebuilding and there are various enticing young players but yes, the team will head to another lottery.

Wizards: Weakened team
The Wizards roster looks feeble right now and not much can be expected out of their current rotations. Bradley Beal, the leading scorer has been gone and now the team really lacks guards who can be sustainable and push the scoring rate on a regular basis. While Raul Neto and Kentavious Caldwell-Pope are decent and experience guards, they are not the type of scorers who can take over the game regularly if at all. That is why the major load has shifted upon Kyle Kuzma who is having a great season and keeps on scoring a ton of points. The team can get a boost once Porzingis returns as he can form a sturdy frontline with Kuzma.

Thomas Bryant missed a ton of time due to an injury and he is taking time to return to his former riveting self. The bench is all over the place but Hachimura provides some semblance at the big Forward position. Deni Advija is a solid defender but doesn’t address the lack of shot-creator while rookie Corey Kispert does well in the starting role. Ish Smith can give some depth to the one-guard position but he is again not a high-yielding scorer. Where can Wizards find some efficient offense as the team keeps faltering?

Pistons: Rebuilding pains
The Pistons are rebuilding and that is an excruciating phase for any Franchise. You pile up losses and the manner of losses is usually by huge margins, struggling on a regular basis. The other trouble with rebuilding can be it can become a loop and you can keep repeating the cycle without attracting major names and denting the young players’ confidence at times. A case in point of the loopy rebuild is certainly the Sacramento Kings, which have not made the Playoffs since 2006 or so. And as things are moving, the Pistons will need something special from the young player, a big-time trade, or a major signing during the offseason.

Cade Cunningham has been struggling to shoot from the floor but he has shown promise as an all-around guard. Saddiq Bey can be a sturdy perimeter shooter and scorer, reminding me of Klay in some way but again, that is a lofty comparison. Jerami Grant had been the leading scorer but he has had his trouble scoring-wise recently. Hamidou Diallo is a talented player who can be a significant rebounding presence and a slasher. Isaiah Stewart can be a big-time Center but he has a long way to go while Killian Hayes needs to fix his scoring as his playmaking is premium. What role can Marvin Bagley III carve out here?

Cade Cunningham(DET)
Points: 12
Rebounds: 05
Assists: 02
Steals: 02
Blocks: 01
Cunningham has been going through a cold shooting spell and as a rookie, it is understandable every now and then. His ranges have been all over the place but I guess a 12-17 points, 4-6 rebounds, and a 3-6 assists range can be expected.
Expected Fantasy Points Range: 25-38


Kyle Kuzma(WAS)
Points: 22
Rebounds: 08
Assists: 07
Steals: 01
Blocks: 01
Kuzma is a brilliant wing who has elevated his scoring game since January and has been carrying a massive load especially since Beal has been out. Kuzma has scored at least 15 points in four out of the last six games while grabbing 6 or more rebounds in five out of the last six games. Kuzma can be chosen as a Star/Pro Player in the Dream 11 NBA Fantasy scenario.
Expected Fantasy Points Range: 33-46

Saddiq Bey(DET)
Points: 25
Rebounds: 04
Assists: 03
Steals: 02
Blocks: 01
Bey has the potential to become a Klay Thompson-like player but has a long long way to go but yes, his three-point shooting is a huge weapon. Bey has scored 17 or more in four of the last five games while grabbing around 4 rebounds or so regularly.
Expected Fantasy Points Range: 34-45 Corey Kispert(WAS)
Points: 20
Rebounds: 03
Assists: 06
Rookie Kispert has been starting since Beal has been out and despite some inconsistencies, he is a much-needed offensive presence for the depleted squad. Corey has scored 11 or more in three of the last five games while grabbing 4-6 rebounds a game regularly.
Expected Fantasy Points Range: 22-32


Thomas Bryant(WAS)
Points: 13
Rebounds: 05
Assists: 01
Steals: 02
Bryant missed months due to injury and well, he has been still adjusting to the NBA rhythm after having a breakout season earlier. He has scored 13 points in each of the last two games while grabbing 4-6 rebounds a game regularly.
Expected Fantasy Points Range: 20-29

Isaiah Stewart(DET)
Points: 15
Rebounds: 12
Assists: 01
Blocks: 02
Stewart has been having a strong month on the rebounding, scoring, and defensive end and has been an incredible presence. The Center has scored 10-15 points and has grabbed 12-17 rebounds a game regularly these days while blocking around 2 shots.
Expected Fantasy Points Range: 25-34


WAS vs DET DREAM11 LINEUP BALANCERS

WAS vs DET Dream11 Team Wouldn’t you love to see Kuzma making a mark on the offensive end and fighting it out versus gutsy Isaiah Stewart! Unfortunately, this game can’t be streamed through the designated streaming services! The official NBA Indian streaming services Voot and JIOTV are not going to display this game. Therefore, the best way to get the portal to all the NBA games is the annual subscription in the NBA League Pass that provides access to all the live streams and full game replays too. To know scores, stats, and news, go to the official website of the NBA.