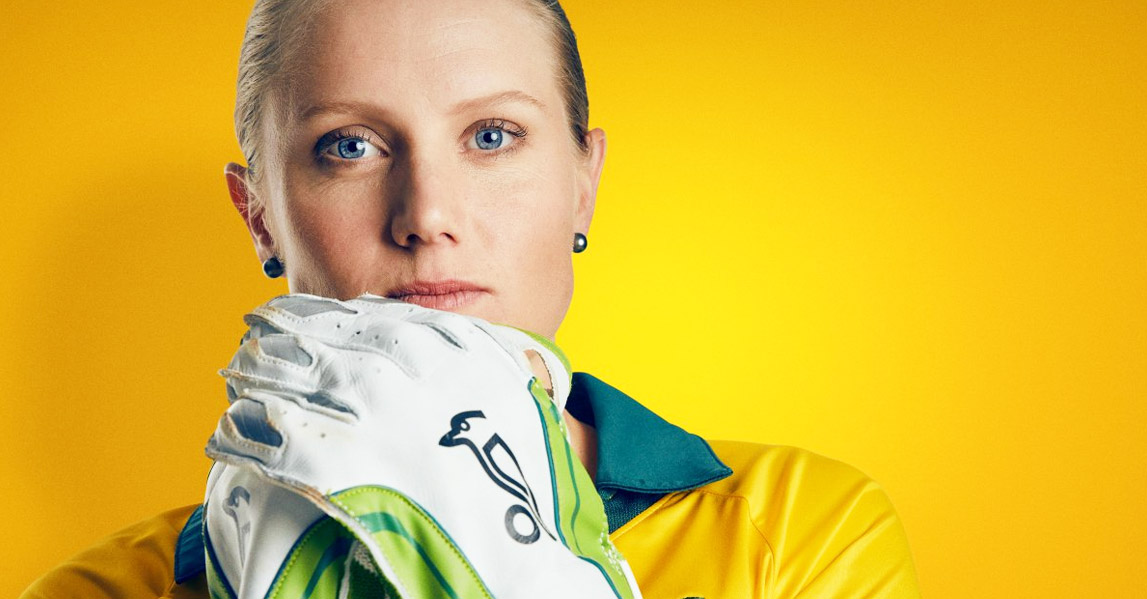 Brimmed with technique and skills, Alyssa Healy is an Australian woman cricketer who primarily plays for Australia women’s Domestic and International teams. She belongs to a family of cricket, so one would not be surprised to see her play cricket at an international level. Alyssa’s father Greg Healy was a former cricketer who used play domestic cricket for Queensland Bulls. Alyssa’s uncle Ian Healy was also a former cricketer who played for Australian team from 1988- 1999. Her husband Mitchell Starc is also a full-fledged cricketer for the Australian team. Let’s now more about this excellent player in detail.

Healy has rather very quite interesting childhood memory with cricket. For a girl who belongs to a cricketers family, Healy wasn’t fond of the game. When she was a teenager she had moved to Sydney from Queensland and as per alma mater curriculum, she had to take one sport, therefore she chose cricket.

As a consequence, Healy started playing cricket at the Carlingford Waratahs Club in New South Wales. It wasn’t until she was 16 when she selected as wicket-keeper for Barker College First XI, she really started developing the interest for cricket. It was also the first time a girl has been selected to play in the school’s competition in New South Wales State.

Alyssa Healy started her official cricket career in the year 2007 when she played Under-19 state competition for the New South Wales team. In the following year, Healy made her debut in Australian domestic cricket representing New South Wales Breakers. Eventually, she became a full-time wicketkeeper for New South Wales.

Alyssa Healy made her International cricket at age of 19 against New Zealand in Rose Bowl series. She made her Test debut against England in 2010.

Her career-best performance in T20I cricket came in 2012 when she scored 90 runs against India. She was also the part of the winning team in the ICC T20I Women’s World Cup which took place in Sri Lanka. She led Australia to win the 2015 Ashes Trophy in 2015.

Alyssa had one elder sister, her name was Kareen Healy. She died at the age of 15 due to a cardiac arrest. Her parents donated Kareen’s organs to help the needed ones.

She used to play cricket with boys in school. And she was the first women player to be selected in boys team for Baker College XI.

In the beginning, Alyssa wanted to play as a fast bowler, but her bowling wasn’t very good. Therefore, boys in her team give her the gloves to do wicket-keeping. And later she became a full-time fast bowler.

She got selected in the ‘Australian Youth Team’ even before her debut in the senior domestic cricket.

She is a dog lover and has two of them as her pet.

Experiencing and exploring different chapters of life and trying to bring them down on the canvas of my writing. Got my degree in Journalism and I aspire to be a great writer.
Previous ArticleTanuja Kanwar (Indian Cricketer): Profile, Records, Affairs, Boyfriend, Controversies, Age, Weight, Height and More
Next ArticleJess Jonassen (Australian cricketer) Girlfriend, Age, Records, Photos, Birthday, and More