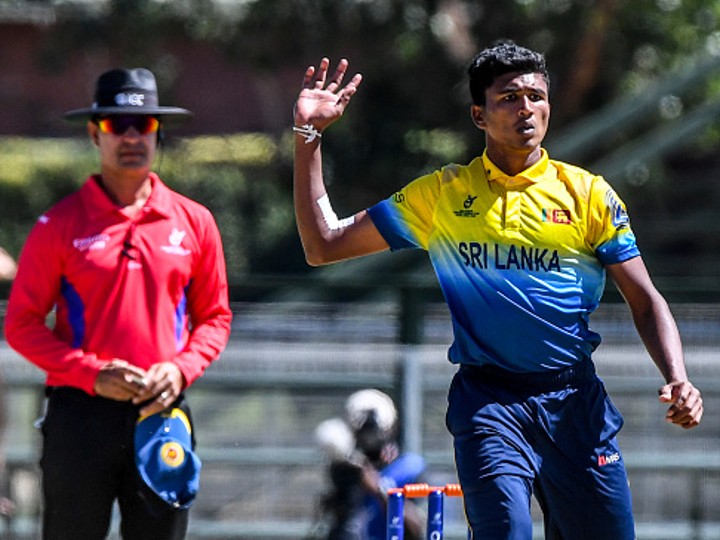 Dilshan Madushanka has been one of the most interesting talents in the Sri Lanka cricket ever since impressing at the U-19 stage. He hit the ground running for the Sri Lanka U-19 side at the 2020 World Cup that gained him fame at international stage.

Madushanka’s medium left-arm deliveries were nightmare for the opposition teams as he made his mark in the 2020 edition of the U-19 World Cup held in South Africa. Courtesy of those impressive numbers Madushanka was quick to get into the eye of the national team selectors and buy for a place.

The 2020 edition of the U-19 stage was the breakthrough year for the future star as he troubled the opposition batters. In the entire tournament he was seen showcasing his variety of deliveries that earned him applauds at international stage and at the domestic circuit.

Madushanka was the fifth-highest wicket-taker in the tournament, having scalped 13 wickets in six matches. However his exploits could not prevent Sri Lanka from a group stage exit, that consisted of India and New Zealand.

Madushanka scalped a fifer in the plate stage encounter against Nigeria as he missed out on the first position by just two wickets. He was one of the stand-out performers in the 2020 edition of the U-19 World Cup.

After impressing in the U-19 set-up Madushanka would later turn out in the domestic circuit as he continued to turn the attention of national team selectors towards him.

This ultimately came to fruit in 2021 when Madushanka was called into the Sri Lanka Test side for the Bangladesh series. However, he would only warm-up the bench and was not handed a debut.

Madushank was later called into the Sri Lanka Asia Cup 2022 squad, a event Sri Lanka themselves were going to host. Madushanka’s left arm pace and ability to swing has been the big weapon he has mastered in recent times.

Dilshan Madushanka is reported to be single and is still unmarried.