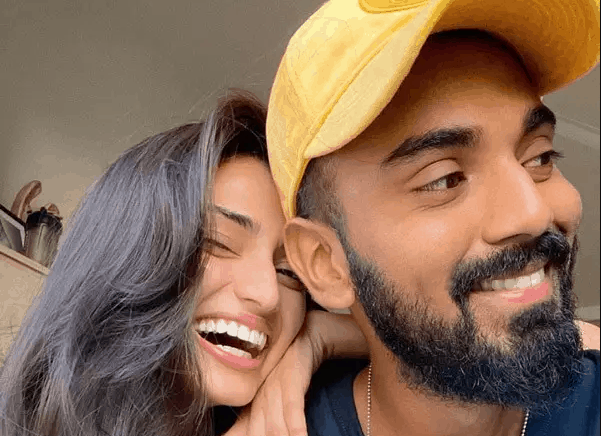 KL Rahul celebrated his 28th birthday on 18th April amidst a nationwide lockdown. Athiya took to her Instagram to wish KL Rahul on his special day. She wrote, “Happy birthday, my person @rahulkl.”

Since 2019, there have been rumors about their linkups, the duo has been linked by media, tabloids and closely followed by paparazzi. Both have never come up with something robust related to their relationship apart from sharing emojis and replying to each other on Instagram posts. However, with this post, Athiya has pretty much confirmed their relationship.

Talking about Athiya Shetty, she is the only daughter of Suniel Shetty and made her debut alongside Suraj Pancholi in the film ‘Hero’ in the year 2015. She has also starred in movies like ‘Nawabzaade’, ‘Mubarakaan’ and ‘Motichor Chaknachoor’.

KL Rahul will be leading Kings XI Punjab in the IPL

After the 2019 IPL Auctions, the Kings XI Punjab team management took a decision to hand over the captaincy to star batsman KL Rahul. This would be the first instance when KL Rahul will be leading an IPL side. Given his performance for the franchise in the last two editions, this was coming for the Karnataka batsman.

Meanwhile, the possibility of IPL to go ahead in this year looks bleak courtesy the novel coronavirus. The original schedule for the start of the competition was 29th Match and then was rescheduled to April 15th. However, with things deteriorating day by day there are no signs of the commencement of the tournament soon.

An ardent sports enthusiast who likes to write in such a manner so that the readers could relate themselves and feel the passion of the game.
Previous ArticleSakshi Dhoni – Mahendra Singh Dhoni Wife, Age, Height, Instagram, Biography
Next ArticleZiva Dhoni – MS Dhoni Daughter, Biography, Age, Birthday, Photo, Instagram