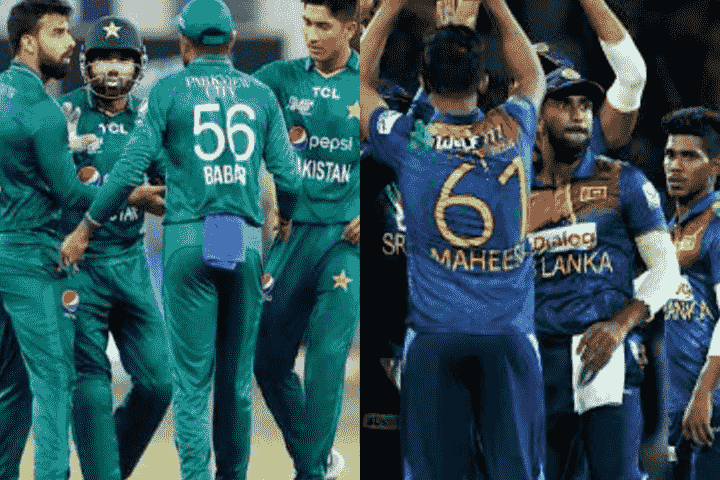 The clouds of forecasts about the finalists of the ongoing T20 Asia Cup will be relieved tonight (September 7), after the result of the Pakistan versus Afghanistan clash. Sri Lanka are through the final thus far as the side has beaten Afghanistan and India, respectively. A spot is up for grabs and three teams are rambling for it.
For now, Sri Lanka are positioned at the top of the points table. Pakistan are placed in the second position while India and Afghanistan are placed in the third and fourth positions correspondingly. Pakistan have won their only game of the Super 4 stage, and India, meanwhile have lost two out of two. Afghanistan too, have played one game and are winless so far.
Pakistan and Afghanistan, both are playing their second ‘Super 4′ stage game. Pakistan have already defeated India in the Super 4 and need to win this game to qualify for the finals, while Afghanistan will have to beat Pakistan to keep their challenge alive in the tournament, considering their last loss against Sri Lanka in the Super 4. However, Pakistan, after their journey in the Asia Cup 2022 until now, seem a stronger side and are the favorites to win tonight’s game against Afghanistan, which will virtually rule India out of the tournament.
Furthermore, things are a bit complicated for India after their two successive losses. Their qualification depends on the results of the other teams’ games. If Afghanistan somehow beat Pakistan tonight, India’s hopes will be still alive for a spot in the final. But, it won’t be enough as India will again have to beat Afghanistan tomorrow (September 7), that too with a huge margin deeming their Net Run Rate (NRR) which is negative (-0.125). Moreover, to confirm India’s slot, Sri Lanka will have to beat Pakistan later this week by a big margin. If the calculations sort out anyway, India will reach the final sensationally as well as historically.
Overall, if Pakistan wins any of their games, India and Afghanistan will be out of the race for the Asian title.

Pakistan have positive NRR and fair chances of winning if not both but at least one of their games. So, against Sri Lanka, Pakistan are the favorites to play the final of the ongoing Asia Cup 2022.

Considering Pakistan and Sri Lanka against each other, Pakistan appears to be a stronger side. Although Sri Lanka too have done a startling job so far, their consistency is a matter of concern. Conclusively, Pakistan are prone to win the Asia Cup 2022.