IND vs NZ WTC Day 6 Lunch Report: The first session of Day 6 has been another entertaining affair in the India vs New Zealand World Test Championship Final. It was Kyle Jamieson who yet again set panic stations for India, by bagging two quick wickets of Virat Kohli and Cheteshwar Pujara.

The Indian captain was dismissed for 13, while, Pujara went back to the hut after scoring 15. Jamieson’s awkward bounce off the wicket got the better of Kohli, as he nicked it to the keeper, whereas, Pujara edged it to Ross Taylor at the slip cordon. 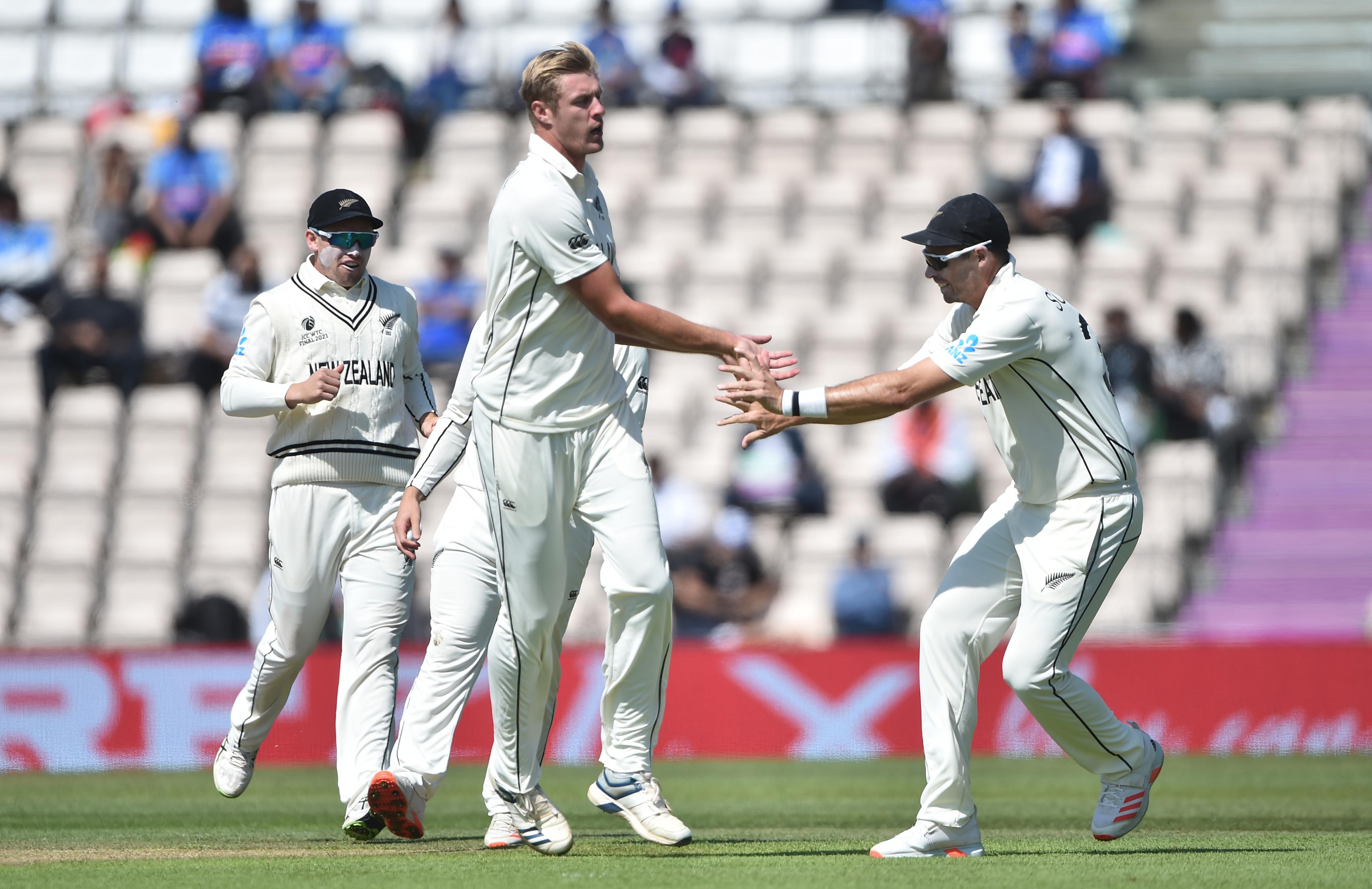 With India toiling at 72/4, the pressure was back on the Indians. Rishabh Pant too could have walked back early, but it was Tim Southee who dropped a dolly at slips during Jamison’s over. The wicket keeper batsman then went onto play some gutsy shots, in an attempt to counter attack. After a 37-run-stand, Ajinkya Rahane was dismissed in unlucky manner as he gloved it down the leg to BJ Watling in Trent Boult’s over.

As for Rishabh Pant, he is looking to have a major say in favor of India, given the way he’s displayed his aggressive intent. Although it looks difficult at this stage who the winner could turn out to be, but it would be intriguing to see the approach of both teams in the final two sessions of the WTC Final.

Talking about the current scenario, it’s Rishabh Pant who’s still in there with 28 runs, while, Ravindra Jadeja is also providing support at the other end with 12. Kyle Jamieson and Tim Southee have picked two wickets apiece, while, Trent Boult has picked up one.

Talking, articulating, presenting about a sport or a team you love is quite unparalleled, Hence, you can always find me here. P.S. An avid Manchester United fan.
Previous ArticleENG vs SL Dream11 Team: Top 5 Fantasy Cricket Picks for England vs Sri Lanka
Next ArticleENG vs SL 2nd T20I: Possible Playing 11 of England