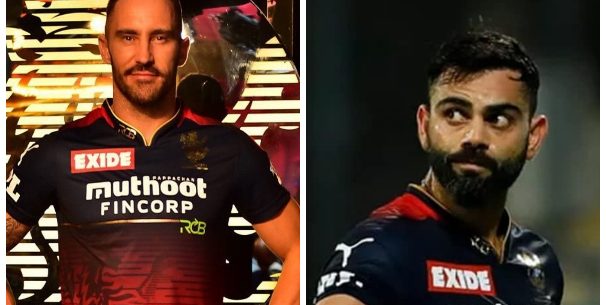 Despite being one of the most popular teams in the nation, the Royal Challengers Bangalore (RCB) have yet to win the championship. The Virat Kohli-led squad has one of the most devoted fan bases in the competition, and in 2023, with a largely settled team that fans adored seeing in 2022 after keeping their best players, they will continue their pursuit of that elusive first championship.
RCB will keep the majority of its core going into the auction because they had a fantastic season in 2022 and advanced to the elimination round. The Rajasthan Royals, who finished as runners-up, defeated the Faf du Plessis-led team (RR). Glenn Maxwell has been kept on by the team despite his unexpected injury. Here’s how Faf’s men might line up this season.

The right-handed batter from Delhi needs no introduction. After having a relatively slow start to the year and a very below-par IPL 2022, he announced himself on the biggest stage earlier this month when he emerged as the top scorer of this year’s T20 World Cup. In the RCB setup, Kohli is best suited to open the innings against the new ball. He is excellent against pace in the powerplay and can play the role of an ideal anchor.

Du Plessis will enjoy the responsibility of being both the team’s captain and pace basher. He will have full license to go after the bowing up front with Kohli and Patidar on either side of him. Although the South African is getting on in terms of age, he is still fit as a fiddle and seems to have a couple of stellar years of cricket left in him.

The swashbuckling batsman from Madhya Pradesh is one of the country’s brightest up-and-coming batsmen. After having a stellar second half of last season, Patidar has carried forward his good form into the domestic season. Originally a replacement player, Patidar cemented his place at number three in the RCB 11 when he smashed a stunning hundred against the Lucknow Super Giants.

One of the most destructive T20 batters in the world, Glenn Maxwell is the x-factor that the RCB middle order needs against spin in the middle overs. Equally dexterous with both the sweep and the reverse, Maxwell might well prove to be the most important piece of the RCB batting lineup. He is also a useful sixth or seventh bowling option.

The young left-handed batter from Rajasthan can prove to be a valuable asset for the Bangalore side. He has proven to be a good option against spin, especially left armers and leg spinners. Not to mention the fact that he is handy with the ball and can chime in with a couple of overs of left-arm spin.

Last summer turned out to be homecoming season for the thirty-seven-year-old wicketkeeper-batsman. He finally found a team that knew how to utilise him well and boy did he make an impression. His role is very clearly defined in the RCB setup, i.e., to attack pace in the death, and play the classic role of the “finisher”

Wanindu Hasaranga is among the top T20 players in the world. He was bought by the RCB last season for a whopping 10.75 Cr., and he lived up to the price tag. His quick leg spinners can prove to be a handful for any batter in the world and is also a handy number seven with the bat

Harshal Patel’s first season with the RCB after his trade from Delhi Capitals’ will be remembered for years to come. He earned himself the distinction of claiming the joint most scalps in a single tournament. He followed it up with another promising season last year. However, he has had a disappointing international season with team India and was recently dropped from the Indian side. Therefore he will have a point to prove come IPL 2023

The pacer from Hyderabad has one of the most heartwarming rags-to-riches stories going around. He has come a long from being the son of an auto driver to being one of the leading fast bowlers in the country. However, this season of the IPL will prove to be crucial for him keeping in mind a possible place in the Indian T20 side.

Josh Hazlewood is one of the most improved T20 bowlers going around. From being almost written off as a T20 bowler, he has remodeled his skillset and is now a force to reckon with when it comes to T20 bowling. He is lethal both in the powerplay and the middle overs with his swing and bounce. He is therefore an important cog in RCB’s wheel.

Shahbaz Ahmed is the textbook definition of a utility T20 player. He can bat, bowl and field with equal dexterity. He can be used as a floater in the RCB batting lineup and be sent in as a pinch hitter when the think tank feels it is necessary to move the scoring rate forward. He is also a more than handy left-arm spinner and a live wire in the field.