KL Rahul Athiya Shetty Marriage: Athiya Shetty and KL Rahul have officially tied the knot at a private ceremony at Suniel Shetty’s Khandala farmhouse on January 23, 2023. The wedding festivities, which included a sangeet ceremony, haldi, mehendi, and the wedding itself, took place over three days.

The ceremony was attended by close friends and family, including Anupam Kher, Ishant Sharma, Varun Aaron, Anshula Kapoor, and Krishna Shroff. The media was also present, with reports indicating that they were served a lavish South Indian feast on banana leaves. The couple, who made their relationship official on Instagram a few years ago, is expected to hold a grand reception in Mumbai soon, with invites being sent to many big names in the industry. Check out some pics posted by KL Rahul himself,

Today, with our most loved ones, we got married in the home that’s given us immense joy and serenity. With a heart full of gratitude and love, we seek your blessings on this journey of togetherness. 🙏🏽@theathiyashetty pic.twitter.com/1VWxio5w6W 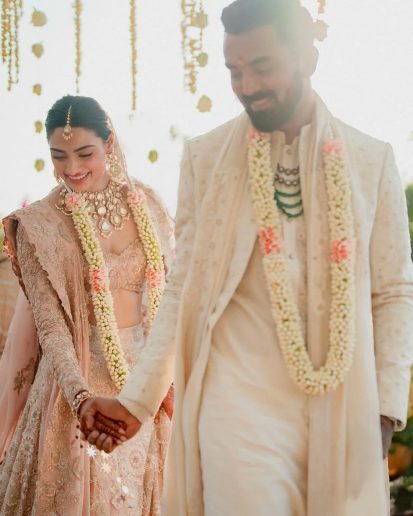 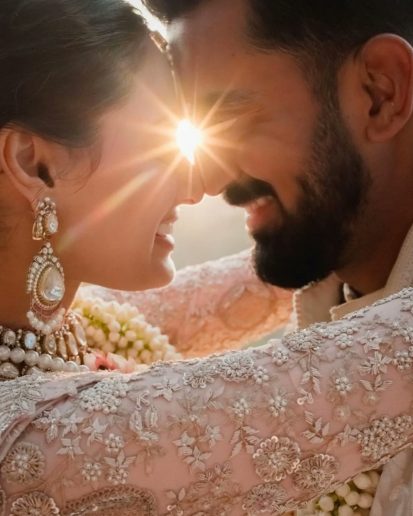 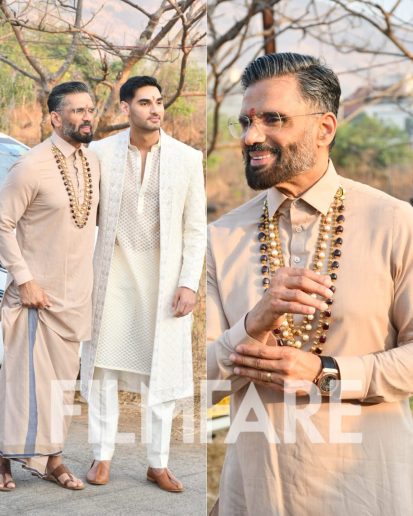 KL Rahul and Athiya Shetty will be throwing a grand reception in Mumbai after the IPL 2023 gets over. The news was confirmed by Athiya’s father and Bollywood legend Sunil Shetty when he came out along with his son Ahan Shetty to meet and greet paps outside the wedding venue in Khandala.

Suniel Shetty said, “It was a very beautiful and small function. The wedding ceremony was great. There were rounds and the wedding was officially done. Now I have become a father-in-law.” Check out the video of Sunil Shetty addressing the paps,

It is understood that due to India’s limited overs series against New Zealand, KL Rahul’s Indian teammates didn’t attend the wedding. Therefore, a reception after IPL 2023 would be a great gesture from Rahul and Athiya’s side to host the Indian team and other guests who couldn’t assemble in the close-knit marriage function.

We at Indiafantasy wish loads of happiness for their future.

An ardent sports enthusiast who likes to write in such a manner so that the readers could relate themselves and feel the passion of the game.
Previous ArticleIshan Kishan Caste: All you need to know
Next ArticleIND vs NZ: 3 Changes New Zealand can make for India vs New Zealand 3rd ODI