The T20I series between India and Sri Lanka ended on 30 July, with Sri Lanka winning the series 2-1. The covid positive case of Krunal Pandya shocked the team management, thereby isolating all-rounder and other 7 players. This meant all the players would not be a part of the 2nd and 3rd T20I, which played a main role in final result of the series. The Indian team was left with only 5 batsmen in Dhawan, Ruturaj, Padikkal, Samson, and Rana. On the other hand, Sri Lanka  used conditions well with use of their spinners Hasaranga and Akila Dananajaya, then had to bat with a fine net run-rate.

Here are the Players ratings for the players who played atleast 2 T20Is in the series. The Maharashtra top-order batsman provided a good start to the team in both the matches and fared well better than captain Shikhar Dhawan in the 3rd T20I. The confidence boosting shots gave him an edge over another debutant Padikkal. 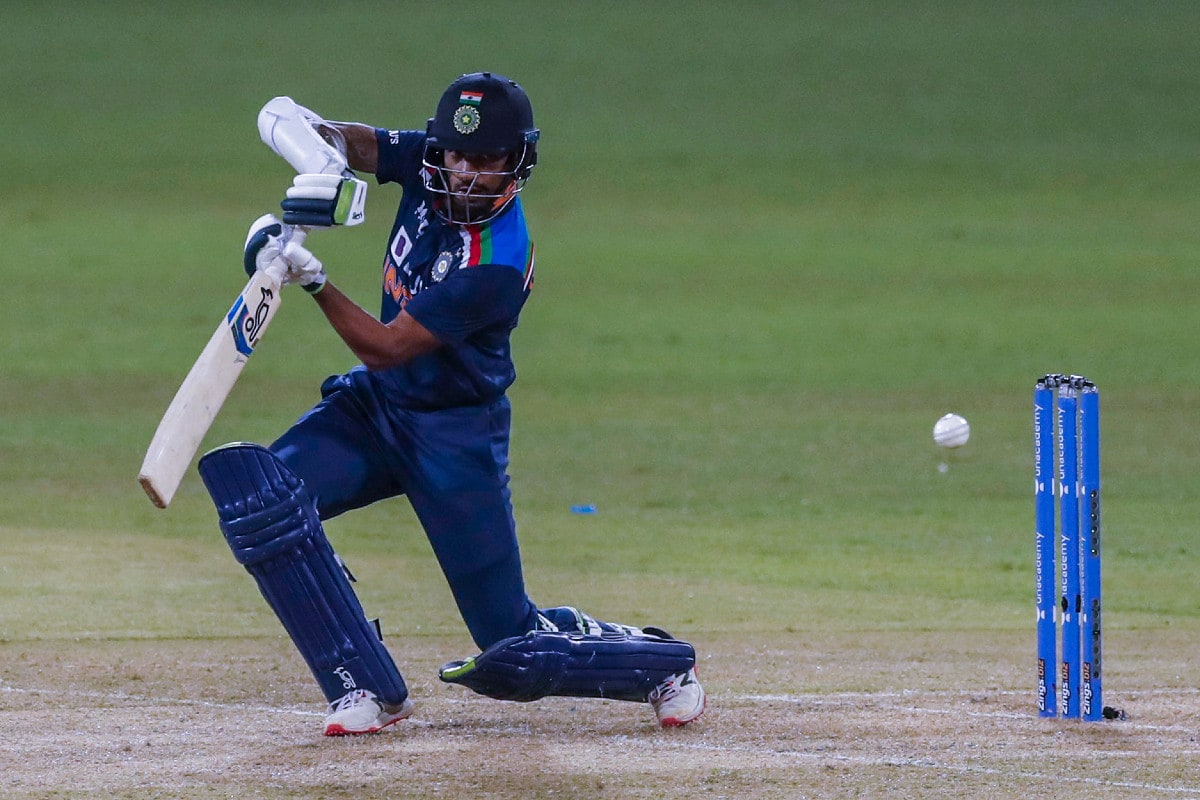 The Indian captain Shikhar Dhawan has been a consistent batsmen for the Indian team in limited-overs and Delhi Capitals. He hit 86 runs in T20I series, but couldn’t open his account in the 3rd T20I. Still, he has been the best batter in terms of stability in T20I series. The top-order batsman has been quite terrific in the domestic cricket and IPL. But he had an average start to his international career, with fine score of 29 in 2nd T20I, and a score of 9 in 3rd T20I. The middle-order batsman Sanju Samson was terrible in the T20I series. With only 34 runs in T20I series, he has not been able to contribute effectively in the shorter format. He scored 27 runs in 1st T20I, but his inability to convert it to big innings has been a story of his international career.

A little can be asked by the debutants, but after a fine display in the IPL for Kolkata Knight Riders, Rana has gained fine experience over the years. He could only score 15 runs in 2 T20Is and gave his wicket at crucial times. The Indian vice-captain provided a fine performance in the series. He helped the team to win the 1st T20I by taking 4 wickets. Then in the subsequent wickets, he provided contribution from the bat, when the team was in trouble. He has possibly been the best player of the series for the Indian team. The spinner who has been in and out of the team due to his average performances performed better than expected in the final 2 T20Is. He picked 2 wickets in 2nd T20I, while contributed 23 runs with the bat in 3rd T20I, which helped the team to put up a comparatively respectable score. The younger Chahar has been terrific in the T20 format for the Mumbai Indians team and helped them to lift the title in 2019 as well. After getting opportunity in T20Is, he picked 4 wickets and was the best bowler of the team. The medium pace-bowler who made his international debut in this series did not perform quite well and could only take 1 wicket in 2nd T20I, and didn’t bowl in the final T20I. The Tamil Nadu spinner finally got an opportunity to feature for Indian team. He played in all 3 T20Is and picked 2 wickets, but had a very good economy of around 6. He has a long way to go, and can be a potential back-up option for the national team.

The Sri Lanka captain Dasun Shanaka was quite impressed by the team’s effort to win the T20I series against India. He also was lethal with his bowling in the 3rd T20I, and played a main role in helping the team to clinch victory. Here’s what he said at the post-match presentation.

I should thank BCCI, under these circumstances they agreed to play. Special thanks to Rahul Dravid and Shikhar Dhawan. This is the best performance we have had in the last few years. I had the (bowling) options with me and used them in the middle. (On fielding) Not only myself, all the boys are working really hard. In the last three months starting from the Bangladesh series, they were keen to win and they want to be world-class. The way Chameera started, the way Wanindu performed throughout, how Akila performed, how calm DDS was, and I should mention Karunaratne .. he is a gem to Sri Lankan cricket. All the boys did the right job. They handled the situation well and used their brains very well. I am lucky to lead this team. When a low score is set, it’s good if you get a more positive start. But they are young and learning, they’ll be better in the future.