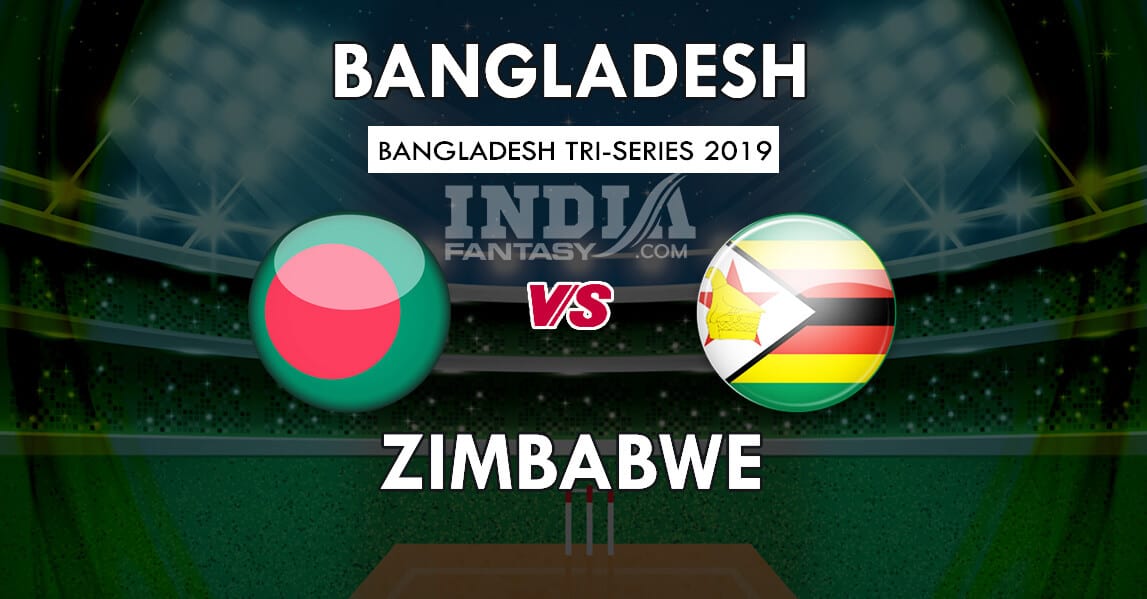 Bangladesh will be hosting Afghanistan and Zimbabwe for a T20 Tri-series which kick-starts from 13th September at the Shere Bangla Stadium in Dhaka. The first match of the series will be played between Bangladesh and Zimbabwe.

Bangladesh’s last international assignment came against Afghanistan recently when they lost the only Test of the series by 224 runs. Now, with a change in the format, they would be looking for a change in fortune for sure.

As far as Zimbabwe are concerned, they are coming out of a suspension which was imposed on them in July and this will be their first assignment after the halt. However, they are full-on confidence after registering a victory in the practice game against Bangladesh Cricket Board XI by 7 wickets courtesy a valiant batting effort from Brendan Taylor and Maruma who got scores of unbeaten 57 and 46 respectively.

This win will definitely give them confidence going forward in this series and perform well.

Skipper Shakib Al Hasan has a vast experience of 72 T20Is wherein he has scalped 88 wickets and scored 1471 runs at a strike rate of 123.

Considered as the backbone of Bangladesh batting line-up, Mushfiqur Rahim has scored 1138 runs from 69 innings with his highest score being 72*.

From 30 T20I matches, Mustafizur Rahman has scalped 48 wickets with best figures of 5 for 22.

Brendan Taylor who scored an unbeaten 57 in the practice game has amassed 766 runs from 34 T20I innings. In his last three innings, he has scored 93 runs.

Timycen Maruma scored an unbeaten 46 in the practice game from 28 deliveries. From 10 T20Is, he has managed 86 runs.

From 18 T20I matches, Kyle Jarvis has scalped 22 wickets with his best figures being 3 for 15.

Tendai Chatara has 18 T20I scalps to his name from 16 matches. Disclaimer: Management can take late decisions depending on the match situation. The fantasy teams which we have provided here of BAN vs ZIM Dream11 is best of our interest and depending on the credit scores of the players.

An ardent sports enthusiast who likes to write in such a manner so that the readers could relate themselves and feel the passion of the game.
Previous ArticleBAN vs ZIM Dream11 Match Prediction Grand League Teams | Bangladesh Tri-Series 2019| Squads, Team News, Playing 11
Next ArticleTKR vs JAM Dream11 Match Prediction | Caribbean Premier League 2019, Team News, Playing 11