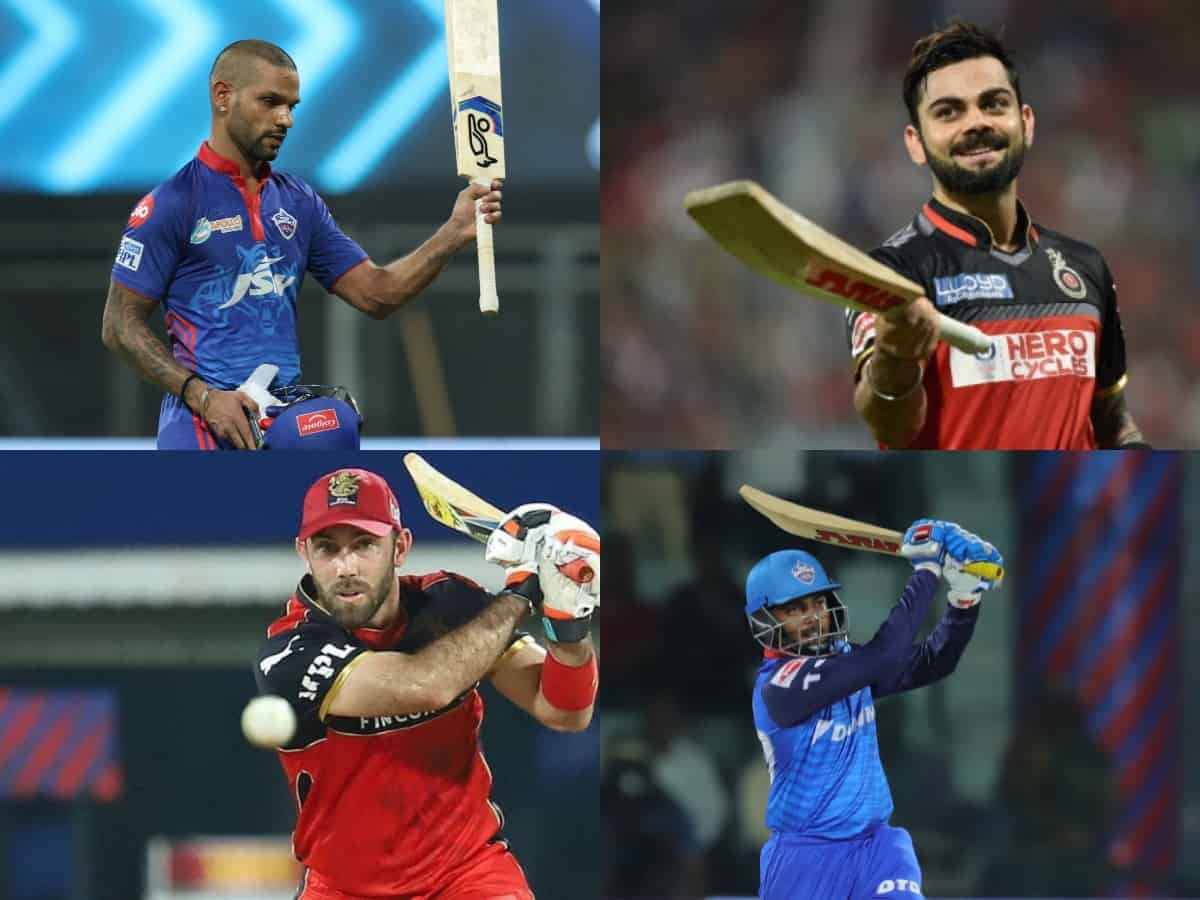 DC vs RCB IPL 2021: It is time for another cracking encounter in this 14th edition of the Indian Premier League (IPL) as the Delhi Capitals (DC) are all geared up to lock horns with the Royal Challengers Bangalore (RCB) at the Narendra Modi Stadium in Ahmedabad on April 26. The Delhi Capitals have registered four superb wins out of five games and are currently placed second on the points table. On the other hand, Royal Challengers Bangalore did suffer a poor defeat in their last match but they have also won 4 of their 5 matches so far in this tournament. However, this looks a very entertaining contest and there will be many exciting names in action in this big DC vs RCB clash.

Delhi Capitals in-form opener Shikhar Dhawan has looked in a fabulous touch once again in the ongoing edition of the IPL. Dhawan played a superb match-winning knock of 92 runs off 49 balls that included 13 fours and 2 sixes while chasing a total of 196 runs against the Punjab Kings. The left-hander also scored 85 runs off 54 balls against Chennai Super Kings. Shikhar Dhawan is currently the leading run-getter in the tournament with two brilliant 80+ scores and has been scoring at an average of 51.80.

Royal Challengers Bangalore’s captain Virat Kohli finally showed his class in the match-winning chase against Rajasthan Royals. Kohli played an excellent unbeaten innings of 72 runs off 47 balls that included 6 fours and 3 sixes and also stitched an outstanding 181-run opening stand with Devdutt Padikkal. Although, the RCB captain has played just one big innings with the bat in this tournament so far but he was absolutely phenomenal during the T20I series against England at the Narendra Modi Stadium in Ahmedabad. Kohli smashed a remarkable total of 231 runs in 5 T20Is at an amazing average of 115.50 while playing at the same venue.

Although, Royal Challengers Bangalore’s swashbuckling batsman Glenn Maxwell failed to contribute in the last match against Chennai Super Kings but he has been playing really well in the middle-order. Maxwell played a sublime knock of 78 runs off 49 balls that included 9 fours and 3 sixes in the match against Kolkata. The Aussie right-hander also smashed a remarkable match-winning half-century against Sunrisers Hyderabad on a difficult Chennai wicket. He is currently amongst the leading run-scorers in this tournament with 2 brilliant fifties to his name.

Related: Best in the history of IPL? Ravi Bishnoi Catch is a ‘Stunner’! – VIDEO

Delhi Capitals’ young opening batsman Prithvi Shaw has played two stupendous match-winning innings for his team in this tournament so far. Shaw smacked a fabulous knock of 72 runs off only 38 balls that consisted of 9 fours and 3 sixes in the win against Chennai Super Kings. Also, on a difficult Chennai track, the DC opener provided his team a rocking start with a quick-fire innings of 53 runs off 39 balls against Sunrisers Hyderabad in the last match. Prithvi Shaw will once again remain a key player in this game for the Delhi Capitals to beat Royal Challengers Bangalore in these conditions. 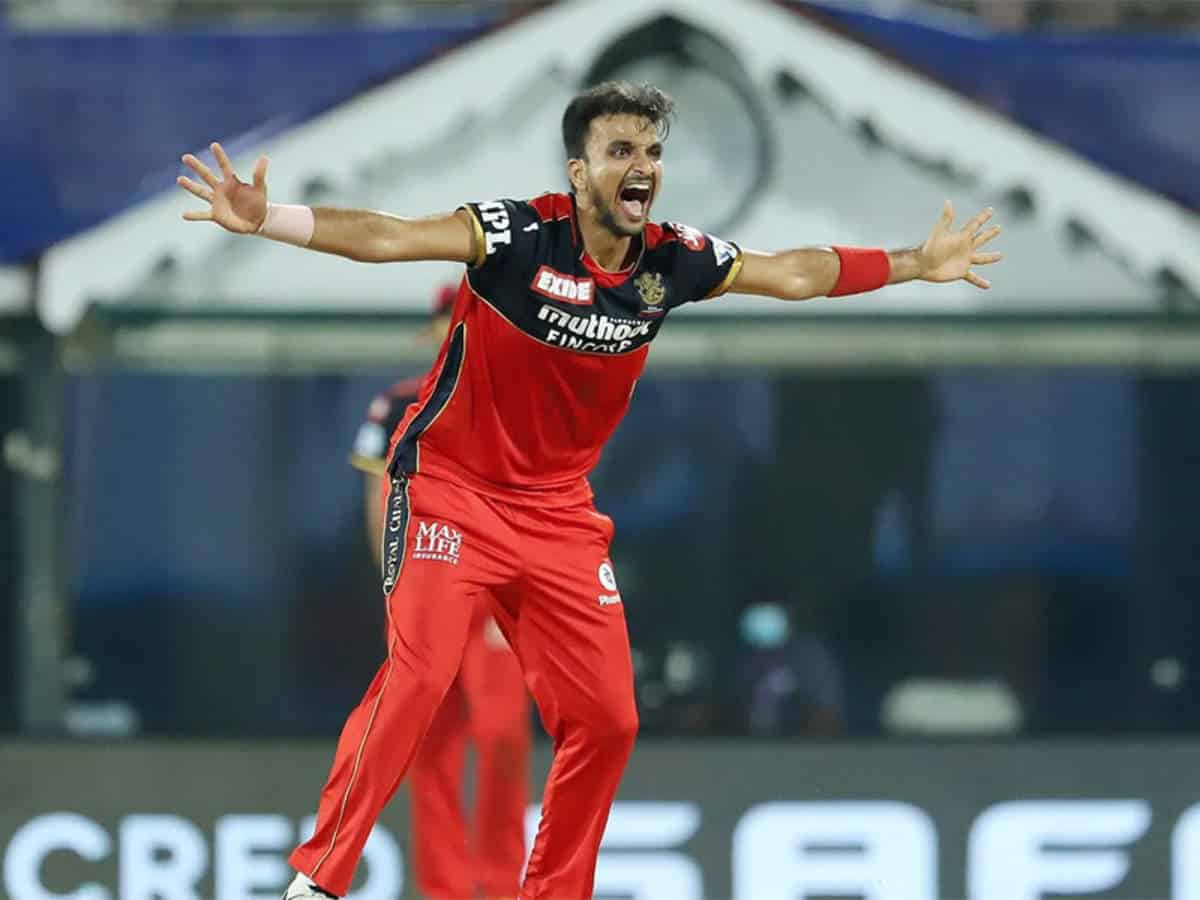 Even though Harshal Patel conceded a total of 37 runs in a single over against Ravindra Jadeja in the last match, but he did bowl remarkably well in that game before that final over. Harshal picked up the vital wickets Faf du Plessis, Suresh Raina and Ambati Rayudu in the last game against CSK. For the Royal Challengers Bangalore, the right-arm pacer has emerged as a consistent wicket-taker in this tournament so far. He is currently the Purple Cap holder with the most wickets to his name at an average of 11.13. Harshal also picked up a magnificent five-wicket haul against Mumbai Indians in the season opener.

This will be the first game of the season for the Delhi Capitals at the Narendra Modi Stadium in Ahmedabad after having completed their Mumbai and Chennai-leg of games with four wins and one loss. On the other hand, the Royal Challengers Bangalore have also arrived in Ahmedabad having finished their matches in Chennai and Mumbai with 4 victories and one loss against Chennai Super Kings. Both the teams will now be playing their next four league games at the same venue in Ahmedabad.

The Indian Summer is back 💙

Which city are you most looking forward to see DC play in? 🤔#YehHaiNayiDilli #IPL2021 pic.twitter.com/Uhwb5EhOqx

The moment we've all been waiting for! The fixtures for #IPL2021 are out! 🤩

Which RCB game are you looking forward to the most, 12th Man Army?🤔#PlayBold #WeAreChallengers pic.twitter.com/WXj353JQqc

The 22nd match of the IPL 2021 season between Delhi Capitals and the Royal Challengers Bangalore will take place at the Narendra Modi Stadium in Ahmedabad on April 27. The first ball of the match will be bowled at 7:30 PM IST. The mouth-watering DC vs RCB clash will be streaming live on the Star Sports Network and Disney+ Hotstar app.

A cricket maniac who lives his life like a T20 match, time is short so make the most of it. Always thriving to learn more about cricket writing and obviously being an Indian, a big cricket expert.
Previous ArticleVCC vs VID Dream11 Tips for ECS T10 Vienna CC vs Vienna Danube Today Match Prediction 27 April
Next ArticleDC vs RCB Dream11 Prediction: 3 Players Battles To Watch Out For In Delhi Capitals vs Royal Challengers Bangalore IPL 2021 22nd Match, 27 April