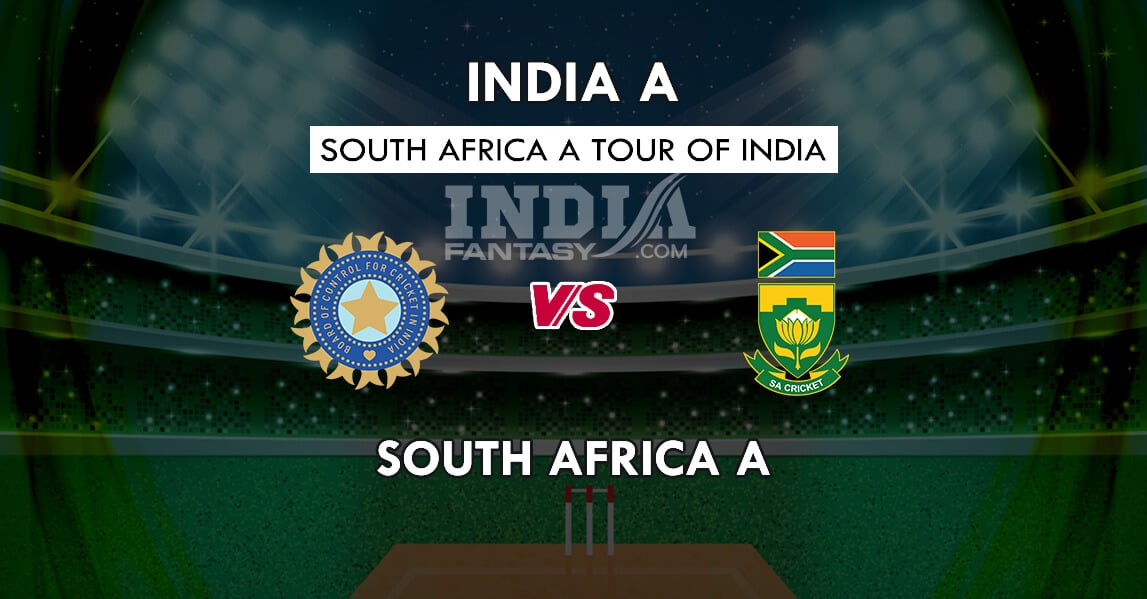 All the matches played in this series so far has witnessed curtailed games with none of the fixtures contested for full 50-overs. Now it is time for the fifth and final one-dayer which will be played at the same venue which means another late start can be expected.

It was a dramatic end to the fourth match as India A finally got beaten by South Africa A in this series courtesy DLS method which saw South Africa emerging victorious by 4 wickets. after India A managed 188 for the loss of 9 wickets in a 25 overs per-side game.

With this being the last match of the series, India A will be looking to end the series on a high with a 4-1 lead.

Fantasy picks from India A-

All-rounder Shivam Dube has been terrific in this series for India A. He has amassed 155 runs from 3 innings and is the leading run-getter for India A so far.

Shikhar Dhawan played a valiant knock in the last match where he scored 52 runs, but unfortunately, rain and DLS method in unison took the game away from the hosts.

Ishan Porel and Rahul Chahar the two young guns will monitor the bowling attack for India A.

Prashant Chopra got to play in the last game for the first time in the series. He scored 26 which included two mighty blows out of the park.

Fantasy picks from South Africa A-

Opener Reeza Hendricks is the top scorer from either side as he has amassed 180 runs from 4 innings at an average of 60.

Wicket-keeper batsman Heinrich Klaasen with 154 runs to his name from 4 innings is the second-highest scorer for South Africa A after Hendricks in this series.

Anrich Nortje has so far featured in all the matches and has scalped 7 wickets.

All-rounder M Jansen came back into the eleven in the last match and got 3 scalps to his name. Disclaimer: Management can take late decisions depending on the match situation. The fantasy teams which we have provided here of IN-A vs SA-A Dream11 is best of our interest and depending on the credit scores of the players.