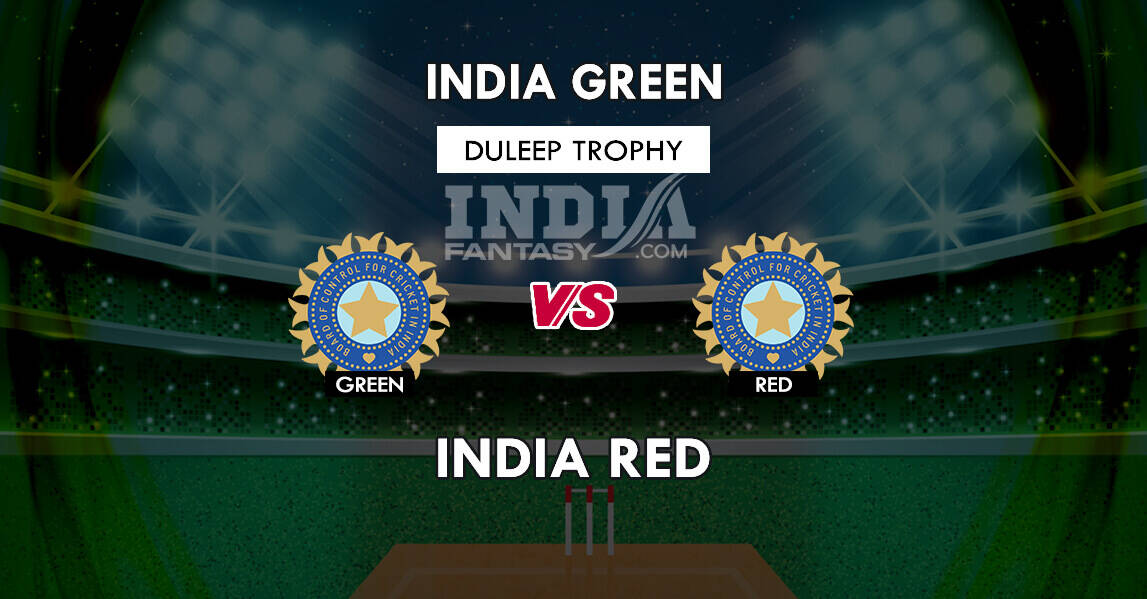 After all the three matches ended in a draw, the Duleep Trophy has now reached its pinnacle point and the two teams who have made it to the finals are India Red and India Green.

With few players already out to play in the series against South Africa A, it would be a tough ask for either side to field in their best possible combination.

Karun Nair has been scoring runs at will in the Duleep Trophy. With an exhilarating average of 177.50, he has amassed 355 runs from just 3 innings.

A Kalsi with a fifty and a hundred as amassed 171 runs in this series at an average of 57.

Akshay Wakhare has scalped 9 wickets against his name by bowling in just 3 innings.

Avesh Khan has 6 scalps to his name from 2 matches, plus he scored afifty in the last game against the same opposition.

Ishan Kishan looked good in the last two innings he played for India A against South Africa A where he went past 50 once. He also has a fifty from 2 innings in this competition.

Akshath Reddy is fresh of a contemplating 146 in the last match against India Red. Disclaimer: Management can take late decisions depending on the match situation. The fantasy teams which we have provided here of IN-G vs IN-R Dream11 is best of our interest and depending on the credit scores of the players.

An ardent sports enthusiast who likes to write in such a manner so that the readers could relate themselves and feel the passion of the game.
Previous ArticleIN-A VS SA-A Dream11 League Prediction | India-A vs South Africa-A 4th ODI Match Preview
Next ArticleAUS vs ENG Dream11 Match Prediction | 4th Test,The Ashes 2019, Team News, Playing 11