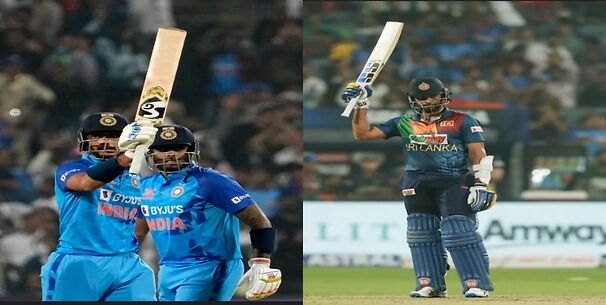 IND vs SL Dream11 team: The series is evenly poised with both the teams winning a game each. This series has provided brilliant entertainment for the fans with 2 back to back thrillers where both the teams were in the game till the last over of the game. Indian skipper Hardik Pandya wouldn’t be pleased with the way his bowlers performed in the 2nd game.

It was an very unlike Suryakumar Yadav like innings. He struggled in the first 15 balls of his innings where he usually scores heavily. But he finished with a fine half century showing his class after he set his eye in.

He had a very good game with the ball until Axar Patel smacked him for 3 sixes in 3 consecutive balls. He must be a straightforward pick from Sri Lanka in all types of leagues.

It was some great ball striking by the Sri Lankan skipper in the 2nd match. He smashed every length that came his way. He is an excellent option for captain in grand leagues as he can also bowl an odd over like he did in the 2nd match.

Kusal Mendis played a stunning knock and he likes smashing the Indian bowlers in this format of the game.

Axar Patel kept India in the game with both bat and ball in the 2nd match. It was one of the all time great innings by an Indian at #7 position. He is an excellent option for captain in grand leagues.

Taking the life out of me is better than taking cricket from me. Welcome to my world which gives nothing but happening stories in the cricketing world
Previous ArticleCOV vs RAN Dream11 Prediction: Comilla Victorians vs Rangpur Riders Dream11 Team, Playing 11, Fantasy Cricket Tips of Today’s Bangladesh Premier League
Next ArticleDD Playing 11 for Dhaka Dominators vs Khulna Tigers Bangladesh Premier League; Top Picks, Fantasy Cricket Tips For DD vs KHT Dream11 Team Prediction