MI vs RCB Dream11 Captain and Vice-captain: Pandya and ABD to pack punch 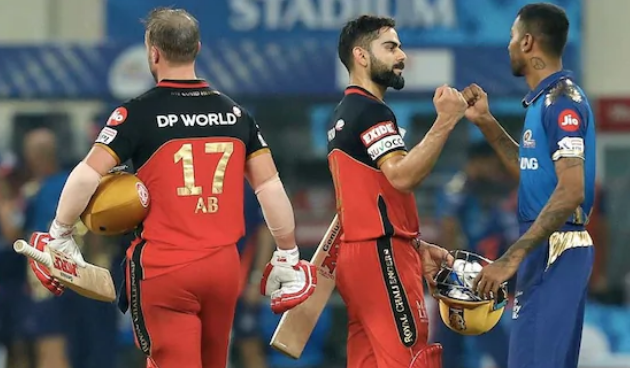 It’s going to be another classic clash in the Dream11 IPL as Mumbai Indians (MI) square off against the Royal Challengers Bangalore (RCB) up next. Both sides are currently at the top half of the league with 14 points each and a win for either could cement their spot into the playoffs. We can expect fireworks considering the players we have from both camps.

Quinton de Kock has been in lethal form up the order. The specialist wicket keeper batsman has scored 374 runs from the last 11 appearances which includes four fifties and a strike rate of 143.29. Quinton de Kock’s dominance in the power play makes him an absolute asset.

Mr 360 has always been a treat to watch when on song and can once again play a pivotal role for the Red Army here. AB de Villiers has scored 324 runs from the last 11 appearances which includes for half centuries. Other than that, the former South African international has superior strike rate of 174.19 and an average of 54.00.

Hardik Pandya has been known for his ability to smash the ball for fours and sixes and that is exactly what the Mumbai Indians all rounder exhibited in the game against the Rajasthan Royals. Pandya struck 60 runs from just 21 balls while remaining unbeaten and caused havoc. Hardik Pandya has scored 211 runs from 11 runs in total and has a staggering strike rate of 182.11 in the process.

Virat Kohli has been influential as always with the bat up top for Royal Challengers Bangalore. Kohli has scored 415 runs in the tournament so far and has an above par average of 59.28. Kohli has struck three fifties as well and will be one of the usual threats against the Mumbai Indians.

Bumrah has been Mumbai Indians’ star bowler over the years and has been as reliable as ever. The specialist fast bowler is having a terrific season and has scalped 17 wickets from the last 11 appearances for his side. The RCB batsmen will be wary of the threat Jasprit Bumrah possesses.

Yuzvendra Chahal has been one of the most valuable bowlers for RCB for quite some time now. The wrist spinner excels in picking up crucial wickets at crunch intervals of the game. Chahal has picked up16 wickets from the last 11 appearances and will once again be in contention of causing some problems for the Mumbai batsmen.