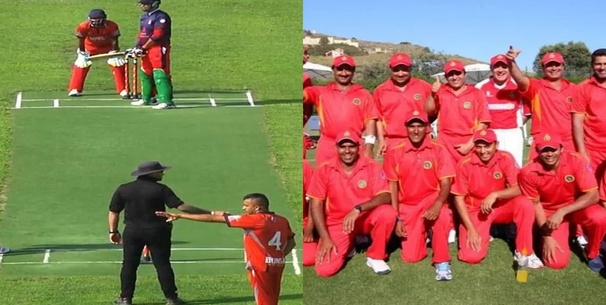 POR vs SPA Dream11 Prediction: The Match 17 of the ECC International T10 2022 season is scheduled to be played between Portugal and Spain on 15 September, 2022 (Thursday) at the Cartama Oval in Cartama, Spain. Things did not panned out in an ideal manner for Portugal recently in the ongoing edition of the ECC International T10 tournament as they conceded a poor 6-wicket defeat at the hands of Ireland XI during their last match. On the other hand, Spain are coming off from a brilliant 67-run victory over Czech Republic in the ongoing T10 season.

As seen in the previous game at the Cartama Oval, there was enough assistance both for the batters and bowlers throughout the match. Both the spinners and fast bowlers have extracted enough from this track in the history of the venue as well, but the conditions are expected to be better for batting.

For Portugal, Rana Sarwar has the ability to contribute amazingly well both in the batting as well as bowling departments. Rana Sarwar has composed more than 450 runs and also scalped as many as 18 wickets.

Portugal’s Francois Stoman will be a key player to watch out for in this match against Czech Republic due to his past record. Francois Stoman had smacked a blazing knock of 35 runs off only 10 balls during the last game against the same opposition.

Who will win POR vs SPA today match?

According to the Portugal vs Spain today match prediction, Spain are the favourites to win this match.